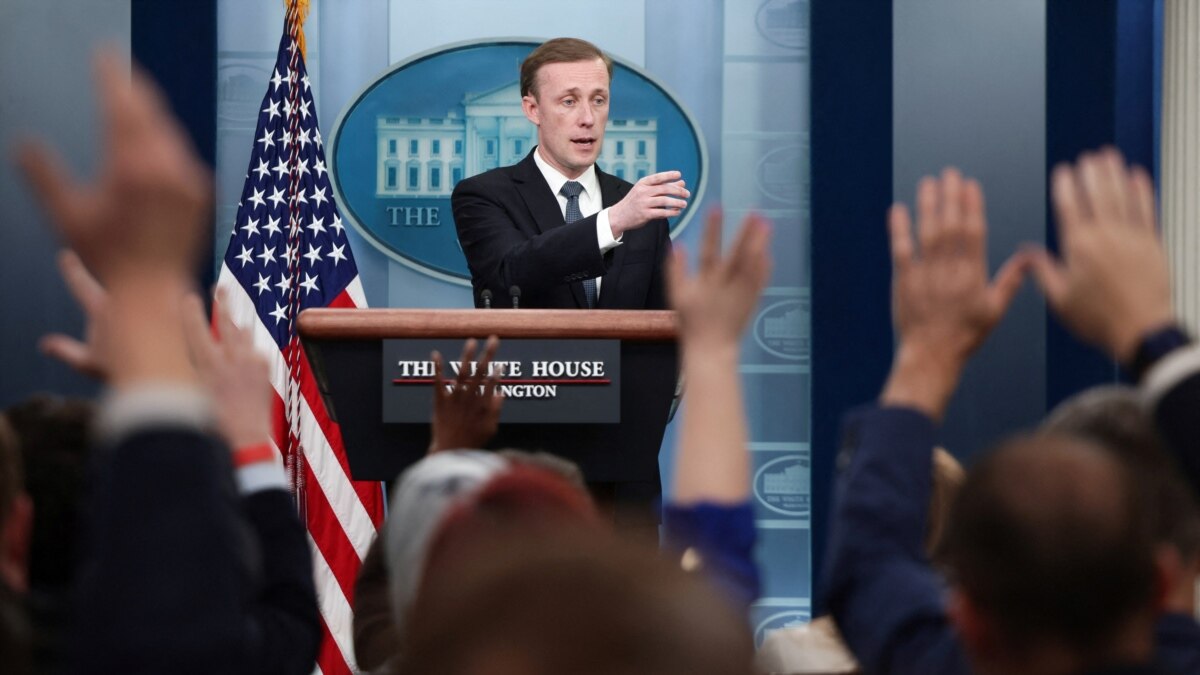 The White House said Biden would not visit the demilitarized zone that separates North and South Korea during his visit to South Korea, which begins Friday, saying last week that he was considering such a trip.

“Our intelligence reflects the real likelihood that there will be either a further missile test, including a long-range missile test, or a nuclear test, or, frankly, both, in the days before, during or after the president’s trip to the region. to the region, ”Sullivan said at a White House briefing.

“We are preparing for all unforeseen situations,” he said.

Sullivan said the United States is closely coordinating with South Korea and Japan, and that he also discussed North Korea with a senior Chinese diplomat in a phone call Wednesday.

Biden’s trip, which will last until Tuesday, will be his first trip to Asia as president. This will include his first summit with South Korean President Yoon Suk Yol, who took office on May 10 and promised to take a tougher stance against North Korean “provocations”.

Sullivan said the United States is ready to make both short-term and long-term adjustments to its military position as needed, “to ensure that we provide both protection and deterrence to our allies in the region and that we respond to any North Korean provocations.” .

Earlier, U.S. and South Korean officials said North Korea appeared to be preparing to test an intercontinental ballistic missile before Biden’s trip to South Korea, even as it battled the major COVID-19 outbreak.

Kim Tae-hyu said that a “Plan B” was prepared in case of a small or large North Korean “provocation”, which could include changing the schedule of the summit.

The weapons test could obscure Biden’s widespread focus on China, trade and other regional issues and highlight the lack of progress in denuclearization talks with North Korea, despite his administration’s promise to break the deadlock through practical approaches.

North Korea has conducted repeated missile tests since Biden took office last year and resumed ICBM launches this year, for the first time since 2017. After each launch, Washington called on North Korea to return to dialogue, but without a response.

Analysts say that while China’s view of sanctions could change as a result of another nuclear test, support for Russia seemed unlikely following a US-led sanctions campaign over Moscow’s intervention in Ukraine.

Yun is expected to seek more reassurance from Biden that Washington will step up “extended deterrence” against North Korea – a reference to the U.S. nuclear umbrella protecting its allies.

The Yuna administration has asked Washington to deploy more nuclear “strategic assets” in the region, such as long-range bombers, submarines and aircraft carriers.

Kim said the chances that North Korea will conduct a nuclear test this weekend are low, but if it makes any serious provocation, such funds were ready for mobilization.

A nuclear test could complicate international efforts to offer Pyongyang assistance in fighting the COVID crisis.

Yun offered to help North Korea in this matter, and analysts expect Biden to support the effort, even though his administration has said it has no plans to send vaccines directly to North Korea, and Pyongyang has strongly refused help through a global vaccine initiative.

The World Health Organization is concerned that the increase in the number of patients and the lack of modern treatment for COVID-19 in North Korea could cause new fatalities.

North Korea sent planes to China to pick up the medication a few days after it confirmed the outbreak, media reported on Tuesday.

He has since said he is no longer bound by the moratorium due to a lack of progress in negotiations with the United States. While North Korea has resumed ICBM tests, it has not tested a nuclear bomb since 2017.

Earlier on Wednesday, Sullivan discussed the possibility of a North Korean nuclear or missile test with China’s top diplomat, Yang Jiechi, during a conversation on regional security and non-proliferation issues.

Sullivan did not provide more details about the call, but a White House statement said he and Ian discussed Russia’s war against Ukraine and “specific issues in US-China relations.”

Sullivan and Yang last met in Rome in March before Biden’s call with Chinese leader Xi Jinping, during which US President warned Xi of the consequences of Beijing offering material support for Moscow’s war in Ukraine.

China has refused to condemn Russian President Vladimir Putin’s actions and criticized broad Western sanctions against Russia, but senior U.S. officials say they have shown no overt Chinese military and economic support for Russia.

The United States, India, Australia and Japan agreed in March that what is happening with Ukraine should not happen in the Indo-Pacific region, mentioning the democratic island of Taiwan, which Beijing claims as its territory.

“If the American side continues to play the ‘map of Taiwan’ and goes on the wrong path, it will undoubtedly put the situation in serious danger,” Xinhua quoted Yang Sullivan as saying.

After years of scrutiny by a New York City detective, the case is being...

The Saints are handed over to Roshar Davenport, healing from a finger amputation

The era of college football mega-conferences is upon us. Who can win and...