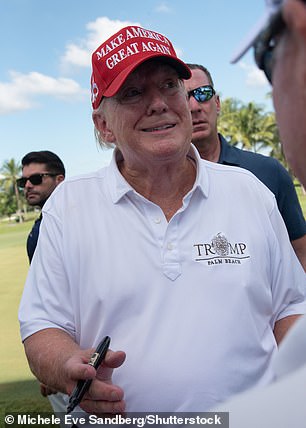 Donald Trump urged Brazilian voters to re-elect President Jair Bolsonaro on Sunday as polls open for a runoff election in the fourth-largest democracy.

More than 120 million people are expected to vote for either Bolsonaro, a right-wing populist, or former president Luis Inacio Lula da Silva, a founding member of the left-wing Workers’ Party.

The candidates advanced to a runoff election after neither received 50 percent of the vote in their primary race on Oct. 2 — although da Silva finished four points ahead of Bolsonaro.

Trump, a staunch ally of Bolsonaro, wrote on his Truth Social app early Sunday morning: “To the people of Brazil, this is your big day and it’s also a big day for the whole world.”

“Your GREAT and highly respected President Jair Bolsonaro demands that you get out and vote TODAY so that your country can continue on its incredible path of success,” the former US president continued.

“Don’t let the left-wing lunatics and maniacs destroy Brazil like they have in so many other countries.

“President Bolsonaro has done a fantastic job, has my full and total support and deserves your VOTE. He will NEVER let you down!!!’ 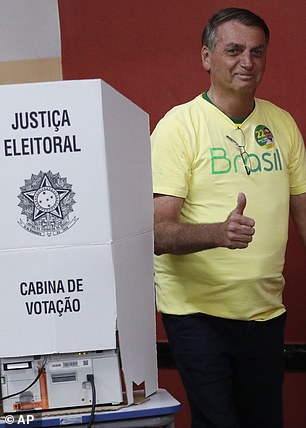 Donald Trump has intervened several times in the controversial presidential race in Brazil to support his ally Jair Bolsonaro. Bolsonaro rose to prominence in 2018, taking on the label “Trump of the Tropics”

Both have made attacking the media part of their brand, promoted similar fake COVID-19 cures, and valued projecting a strong-man image to the world.

And on Sunday, voters in Brazil will decide between four more years of far-right Bolsonaro’s rule or a vote for the former two-term president, whose administration has been beset by corruption scandals.

Bolsonaro and da Silva are different figures in Brazil.

Bolsonaro, who has promoted himself as a Christian nationalist, has presided over a surge in deforestation in the Amazon rainforest, which environmentalists say could have harmful, irreversible effects on climate change.

In connection with the COVID-19 pandemic, the Senate of his country accused Bolsonaro of “crimes against humanity”. 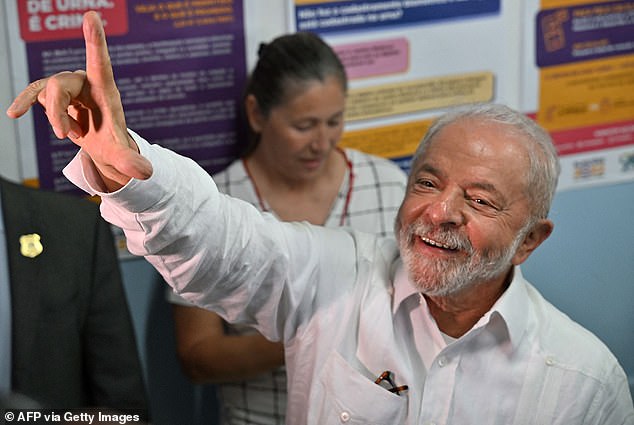 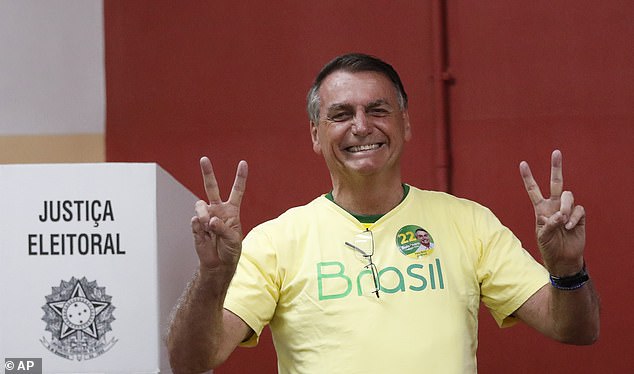 Bolsonaro’s allies have expressed doubts about the election count, not unlike Trump’s entourage in 2020, and it is unclear whether the Brazilian president will accept the results if he loses

He has also openly expressed anti-LGBTQ views and promoted election fraud conspiracy theories not unlike Trump’s.

After the first round of elections earlier this month, Bolsonaro tweeted that he had a better turnout in 2022 than in 2018 and that he had “never lost an election” and that “God” would not allow him to lose one now.

It is also unclear whether Bolsonaro will accept the election results if he loses.

On Saturday night, the former soldier shared a video of Trump telling Brazilians to go vote.

“I can tell you that other leaders, myself included, have the highest level of respect for him,” Trump said. “He’s bringing it back like no one else could.”

Echoing the themes he expressed to his supporters of global status and “respect,” Trump continued: “Brazil occupies a whole new place in the world. You are respected all over the world because of your president.”