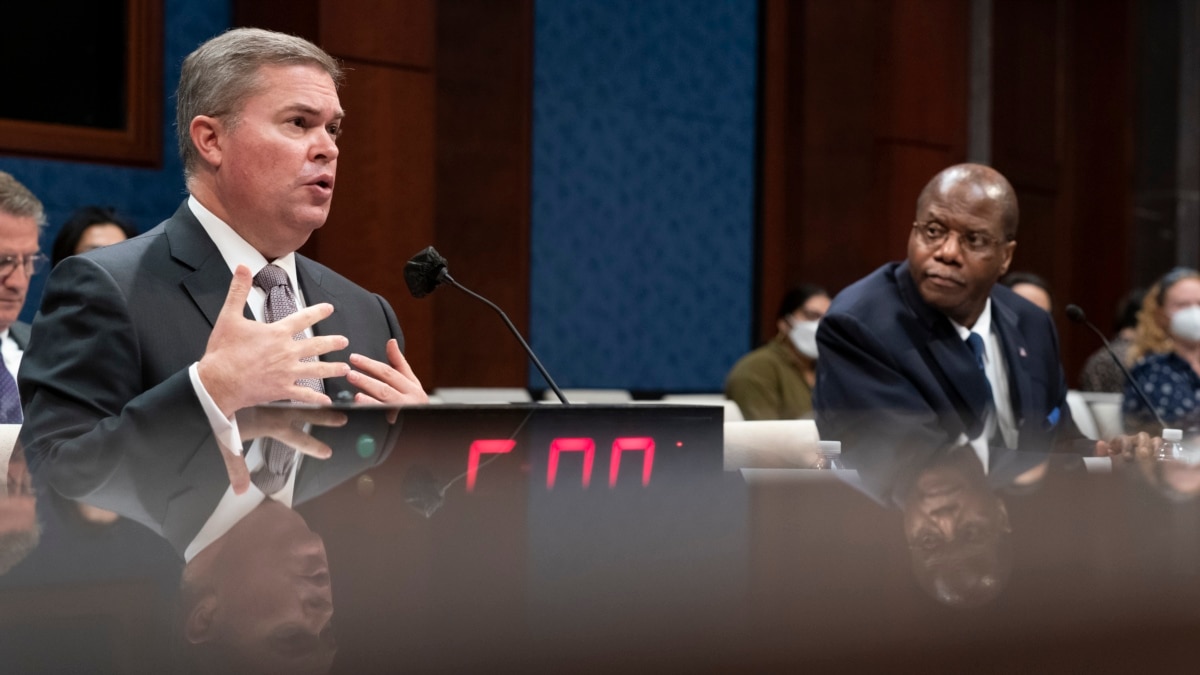 The U.S. government often ignores the possibility of unidentified flying objects, even after decades of unexplained observations, including U.S. military pilots who sometimes filmed UFOs, some of which were moving with lightning speed and incredible agility.

Tuesday’s congressional hearings focused on UFOs for the first time in 50 years, this time considering their threat to national security – not from people from other worlds, but from potential international adversaries on Earth.

The hearing came nearly a year after a government report documented more than 140 cases of unidentified aerial events, or UAPs, observed by U.S. military pilots since 2004.

“They are real. They need to be investigated. And any threats they pose need to be mitigated,” said spokesman Andre Carson, chairman of the House subcommittee on intelligence against terrorism, counterintelligence and countering proliferation.

During his testimony, Deputy Secretary of Defense for Intelligence and Security Ronald Moultrie said: “We are open to all hypotheses. We are open to any conclusions we may face. ”

“The stigma associated with UAPs has hampered good intelligence analysis. Pilots avoided reporting or laughing when they did, ”Carson said. “Today we know better.”

Moltra, who oversees the Pentagon’s UAP investigation team, added that “because the UAP poses a potential risk to safety and overall safety, we are committed to a focused effort to determine their origin.”

The hearings focused on potential U.S. foreign opponents who are developing secret technologies that could be interpreted as UFOs and prove harmful to the United States.

“The intelligence community has a strong responsibility to our taxpayers to prevent potential adversaries such as China and Russia from surprising us with unforeseen new technologies,” said Republican spokesman Rick Crawford.

Giving testimony, Deputy Director of Naval Intelligence Scott Bray showed UAP videos. One of them showed flashing triangular objects in the sky, later defined as visual artifacts of light passing through night vision goggles. In another, a gleaming spherical object slipped past the cockpit window of a military plane, an observation that Bray said remained unexplained.

The number of UAPs in the military database has risen to about 400, Bray said.

He noted that they are increasing, probably due to technological advances such as better sensors, and the increased use of drones.

Bray warned the committee of the need to balance transparency with the protection of confidential intelligence.

“Given the nature of our business, national defense, we sometimes had to be less open with information in open forums than many might have hoped,” he said. “We don’t want potential opponents to know exactly what we can see or understand, or how we come to the conclusions we draw,” he said.

Focus Pocus 2 debuts next week and we’re so excited

Warning: More than 30 US children test positive for monkeypox – 11 signs to...

What it will cost and what you get (and don’t)