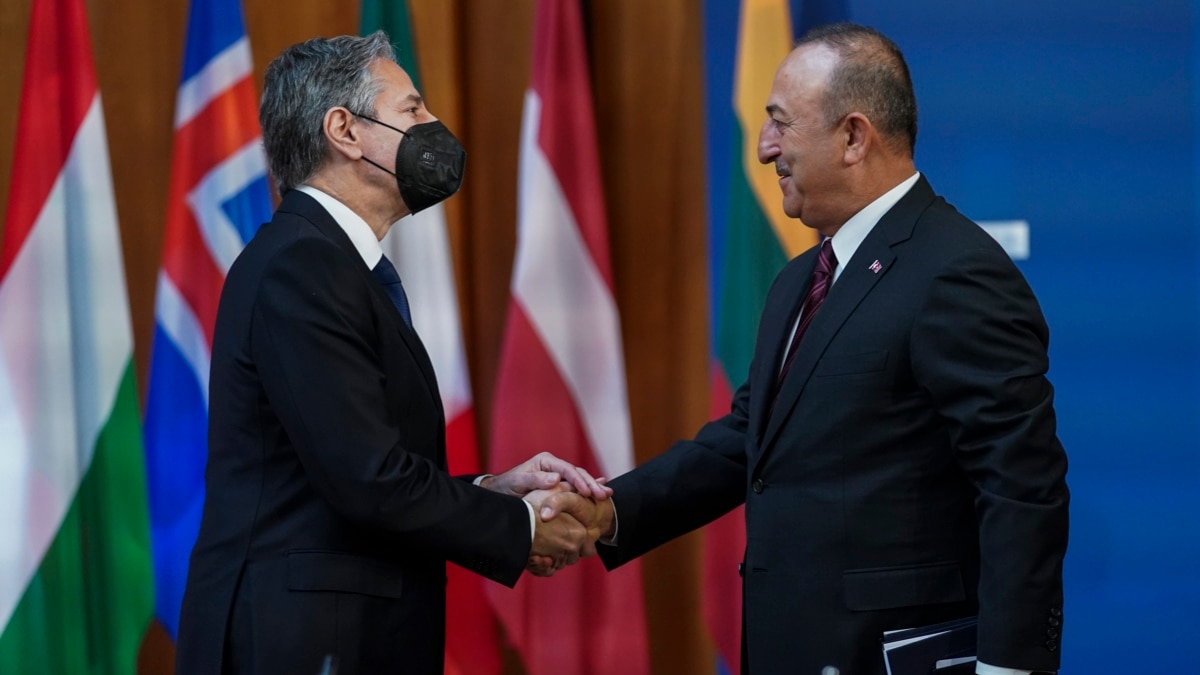 Turkish Foreign Minister Mevlut Cavusoglu is scheduled to meet with Secretary of State Anthony Blinken in Washington on Wednesday, the latest step in rebuilding relations between the two NATO allies. The Turkish diplomat will have to answer difficult questions when it comes to Turkey’s efforts to veto Finland and Sweden’s applications to join the Atlantic Alliance.

Once a close ally of Washington, Ankara has seen strained relations due to Turkey’s poor human rights record and close ties between Turkish President Recep Tayyip Erdogan and his Russian counterpart, Vladimir Putin.

Turkey’s strong support for Ukraine in the face of the Russian invasion has made it possible to restart US-Turkish relations, and analysts predict that Cavusoglu’s visit to Washington will help the process.

But Asli Aydintasbas, a senior fellow at the European Council, warned that Erdogan’s threat to veto applications for Sweden’s and Finland’s NATO membership casts a shadow over the visit.

“It certainly complicates the visit, but also makes it more important,” Aydintasbas said. “The Biden administration started with a policy of social distancing, renunciation of the Middle East, and no longer viewed Turkey as a major geopolitical prize in a major chess game. And Turkey shows that it will not allow it.

“And, of course, the war in Ukraine has once again increased the geostrategic position and importance of Turkey.”

On Monday, Erdogan accused Finland and Sweden of supporting terrorist organizations fighting Turkey, referring to Kurdish groups. He said Stockholm and Helsinki should not send diplomatic delegations to change their minds.

Analysts warn that Erdogan’s tough stance is likely to add to Washington’s concerns about the Turkish president’s close ties to Putin. In addition, Turkey’s purchase of the Russian S-400 missile system has prompted Washington to impose military sanctions on Ankara.

Soli Ozel, an international relations specialist at Istanbul’s Qadir Hass University, said one of Cavusoglu’s goals – to persuade Washington to allow the sale of F-16 fighter jets to Turkey – is likely to be complicated by new questions about Erdogan’s ultimate commitment.

“There will be voices raising this issue,” Ozel said. “I’m afraid this could also lead to much more negative sentiment regarding the sale of F-16s and kits to upgrade existing F-16s in the U.S. Congress. In this sense, I do not consider such a public step so appropriate. “

Russian media on Tuesday announced that Putin plans to visit Turkey in the coming days, a message that has not been confirmed by Ankara, but is likely to add to anxiety among Turkey’s Western allies, including Washington. Aaron Stein, head of the Pennsylvania Foreign Policy Research Institute, said Washington’s sentiment toward Turkey is likely to only grow stronger.

“It is more or less strengthened that Ankara is pursuing its own interests,” Stein said. “So some think it’s time to sell them the F-16, while others think we need a compromise on the S-400. But it happens, and rabbits can be pulled out of the hat. But this one turned out to be especially sticky for the S-400 and F-16. “

Analysts also expect Cavusoglu to stress the importance of resuming closer ties between the two presidents. How such requests will be granted may depend on Washington’s approach and on whether U.S. officials decide to counter or agree to Erdogan’s veto threats against Sweden and Finland.

Venezuelans expelled from the US decide their next steps in Mexico

The US climate law made emissions reductions conditional on economic success