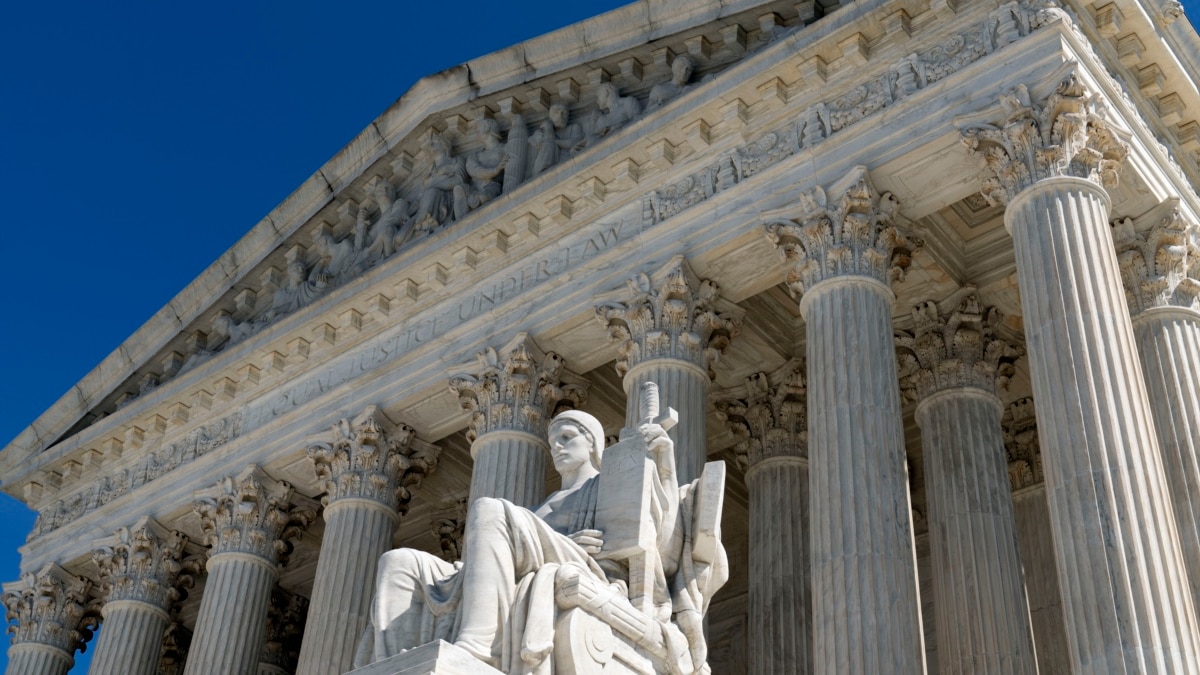 The the court ruled against a man from Georgia Pankajkumar Patel, who has lived in the United States for 30 years and is facing deportation because he incorrectly ticked his application for a driver’s license, claiming he is a US citizen.

With 5-4 votes, the majority interpreted the law as restricting the courts from considering assistance and leaving it to the discretion of immigration officials to apply factual disputes as to whether anyone is entitled to this discretionary assistance in removal cases.

“Today’s decision allows immigration officials to make discretionary decisions based on completely erroneous assumptions about the immigrant. An official may know they are false, or it may be based on an honest mistake. But in any case, our courts exist to correct such mistakes and allow all people to be treated fairly, ”Paul Gordon, Legislative Adviser to People for the American Way, told the Voice of America.

According to court documents, in 2007 Patel and his wife Yotznaben sent a statement to the US Citizenship and Immigration Services (USCIS) requesting a change in their immigration status in accordance with a discretionary adjustment of the status code that would make Patel and his wife legal. permanent residents.

USCIS was aware that Patel had previously ticked the application for a driver’s license, falsely stating that he was a U.S. citizen while his application for status adjustment was being considered.

He then rejected Patel’s application, saying he did not meet the requirements to be legally eligible for permanent residence. He was charged with making false statements, but the charges were later dropped.

According to the case file, Patel said he mistakenly ticked the application for a license extension. His lawyers argued that U.S. officials could not conclude that Patel was intentionally posing as a citizen because Georgia does not require a U.S. resident to be a U.S. citizen to obtain a driver’s license.

However, the US Department of Homeland Security sent him and his wife to the removal procedure.

The author of today’s ruling was Judge Amy Connie Barrett, who said that while the U.S. Attorney General may allow protection against deportation, people should first be eligible. And, according to previous decisions in the Patel case, he was not eligible to participate.

“Federal courts have a very limited role to play in this process,” Barrett wrote, adding that immigration law “precludes judicial review of factual findings that underlie denial of assistance.”

He said Monday’s decision would serve as a shield to protect the government from the “embarrassment” of having to correct even obvious mistakes.

“It is no secret that the government sometimes makes mistakes when processing applications, licenses and permits. Often they are small – misspelled name, wrong appendix. … Our case is such a case. An immigrant to this country has applied for legal residence, ”he wrote.

The government rejected his application, allegedly on the basis of an obvious factual error, according to Gorsuch.

“In such circumstances, our law has long allowed individuals to go to court to consider the matter and correct any error. Not anymore. … As a result, no court can correct even the most egregious factual errors of the agency regarding the fact that a person is entitled to receive assistance, – added Gorsuch.

Patel and his wife Yotznaben entered the United States illegally about 30 years ago after leaving India. He applied for an adjustment of status with the support of the employer. The couple has three adult sons.

“Today’s solution finds a loophole that is likely to hurt many people. Immigration officials will have less incentive to prove their case correctly if they know there will be no judge to check their work, ”Gordon added.