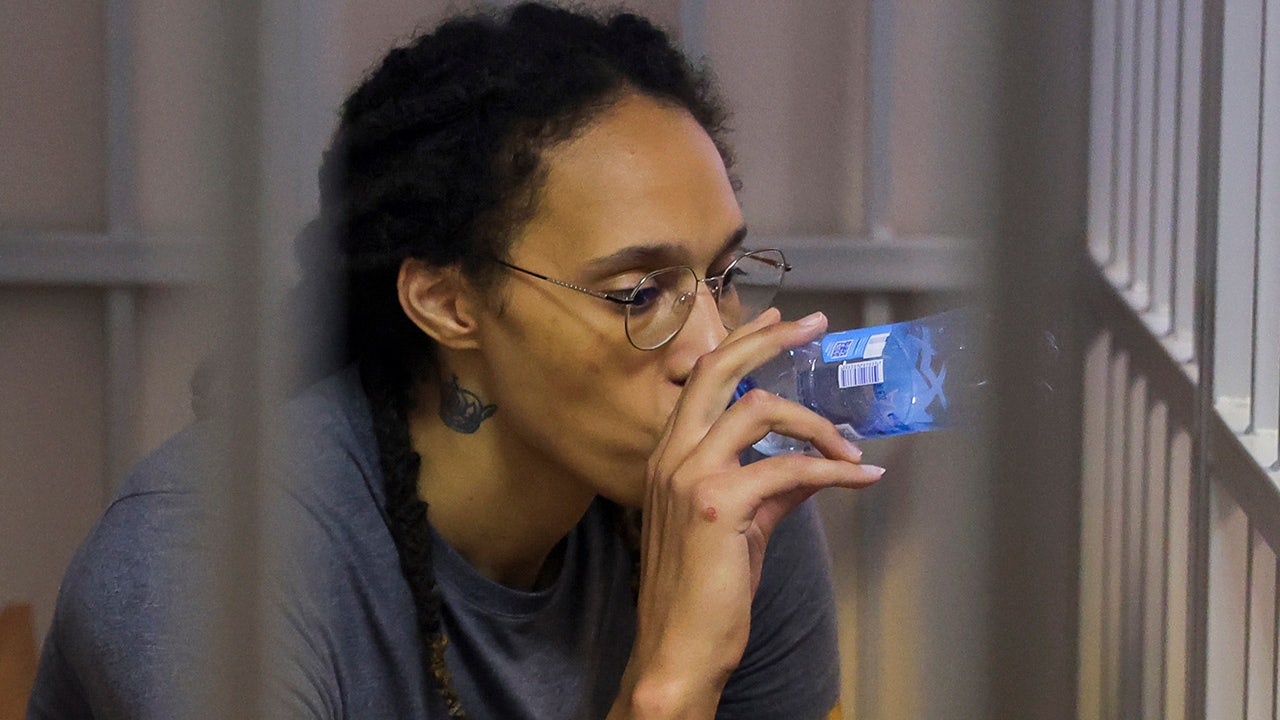 NBA legend Dennis Rodman made waves over the weekend when he revealed his plans to travel to Russia to advocate for the release of WNBA superstar Brittney Griner, who was sentenced to nine years in prison after a drug conviction.

Dennis Rodman reacts after being introduced to the NBA’s 75th Anniversary Team during the 2022 NBA All-Star Game at Rocket Mortgage Fieldhouse in Cleveland, Ohio on February 20, 2022.
(Tim Nwachukwu/Getty Images)

“Well, we’ve seen through the media, and really only through the media, that Dennis Rodman has stated that he intends to go to Russia. He — I want to clarify that he — he will not be traveling on behalf of the United States Government,” Price said.

“I just reiterated what we’ve been saying for the past few weeks. We made a serious offer to Russia to seek the release of Paul Whelan and Brittney Griner. We believe that anything but further negotiations through an established channel is likely. to complicate and hinder these liberation efforts. We have also issued very clear advice to American citizens due to a number of threats, not the least of which is the threat of illegal detention, that Americans should not travel to Russia. That was our message to private Americans everywhere.”

The State Department has a Level 4 advisory to warn Americans against traveling to Russia.

WNBA star and two-time Olympic gold medalist Britney Griner is escorted out of court after a hearing in Khimki, near Moscow, Russia, on August 4, 2022.
(AP Photo/Aleksandr Zemlianichenko)

“Do not travel to Russia due to the unprovoked and unjustified invasion of Ukraine by the Russian armed forces, the possibility of persecution of US citizens by Russian government security services, the selection of US citizens in Russia by Russian government security services, including for detention, arbitrary enforcement of local laws , restricted flights to and from Russia, limited embassy capacity to assist US citizens in Russia, restrictions related to COVID-19, and terrorism,” the warning reads. “U.S. citizens living or traveling in Russia should leave Russia immediately. Exercise extra caution due to illegal detentions.”

Last week, Price said the agency still classified Griner as “wrongfully detained.” He was asked about Griner and the potential for a prisoner swap with Russia that could involve convicted arms dealer Victor Booth and another American held in Russia, Paul Whelan.

“No element of this litigation changes our view that Brittney Griner is wrongfully detained and should be released immediately,” Price said. “That is why we put forward what we believe to be a serious, substantial proposal and effort to secure her release and to secure Paul Whelan’s release a few weeks ago.

“We are in communication with the Russians on this issue and encourage them to constructively pursue it.”

Griner’s lawyers in Russia appealed her sentence. She was arrested for smuggling cannabis-derived vape cartridges through Moscow airport in February. She was convicted and sentenced on August 4.

WNBA star and two-time Olympic gold medalist Brittney Griner drinks water while listening to the verdict in a cage in a courtroom in Khimki, near Moscow, Russia, on August 4, 2022.
(Evgenia Navazhenina/Pool Photo via AP)

Rodman has a history of interacting with world leaders.

Rodman met with North Korean dictator Kim Jong Un in 2013 and was one of the first Americans to meet him. The former Chicago Bulls star sent Kim a letter in January 2014, and about 10 months later, captured American Kenneth Bae was released, according to TMZ Sports. Rodman has made several appearances in the country since Bae’s release.

In a 2014 interview with FOX Business, Rodman called Putin “cool.” He said that he is not talking about Putin’s politics. According to him, during the trip to Russia, Putin shook his hand and left.

Ryan Gaydos is the sports editor for Fox News and Fox Business. Story tips can be sent to Ryan.Gaydos@fox.com.

JD Vance responds to Jennifer Lawrence calling him out in Vogue

Why we need to do a better job of measuring the carbon footprint of...

The luxury market is growing in 2022, despite inflation, war Lifestyle