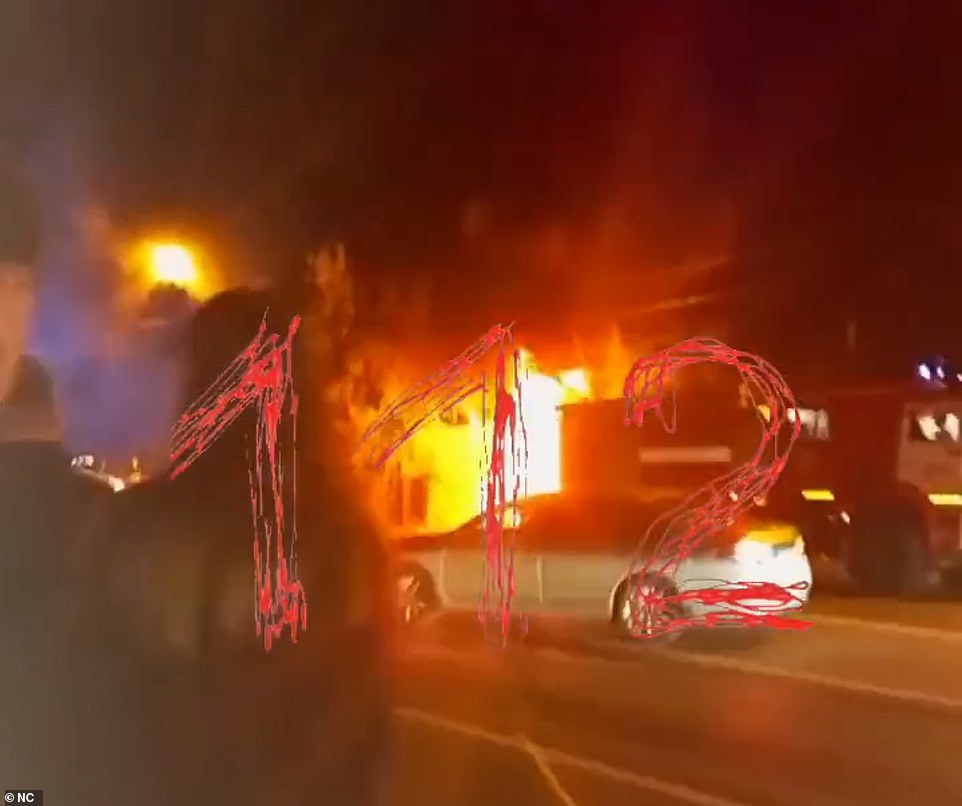 The daughter of a military mastermind in Ukraine known as Vladimir Putin’s “Rasputin” has reportedly died in a car bomb targeting her father.

Daria Dugina was “blown to pieces” in a Hollywood-style “assassination” near the village of Velikiy Vyezomi on the outskirts of Moscow on Saturday night.

The hit was reportedly aimed at her father Alexander Dugin, 60, who had planned to return with her from the festival before deciding to take a separate car.

Footage allegedly taken at the scene shows Daria’s Land Cruiser Prado engulfed in flames by the side of the road with at least one fire engine.

Her father Alexander is often called “Putin’s brain” or “the philosopher” because of his close relationship with the embattled president.

He is the former editor-in-chief of the staunchly pro-Putin TV channel Tsargrad and is believed to have initiated the ongoing invasion of Ukraine.

Denis Pushylin, the head of the separatist Donetsk People’s Republic in eastern Ukraine, called the authors of the “attack” “despicable scoundrels.”

In Telegram, he added: “Terrorists of the Ukrainian regime, trying to eliminate Alexander Dugin, blew up his daughter… In the car. Daria’s bright memory, she is a real Russian girl!

So far, there are no clues as to who is behind the alleged murder.

Footage purportedly taken at the scene shows a huge inferno burning by the side of the road, with at least one fire engine. 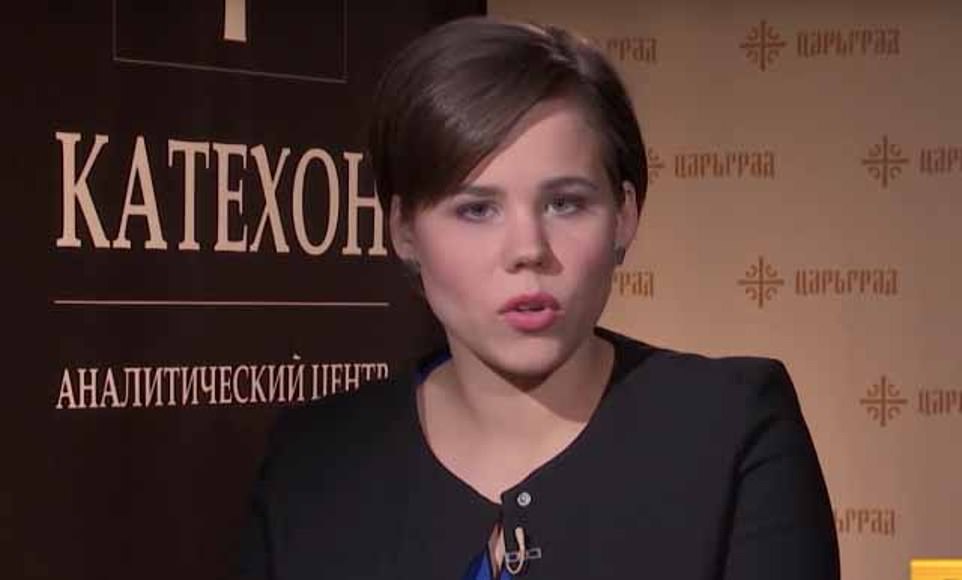 Daria Dugina (pictured) was “blown to pieces” in a Hollywood-style “assassination” near the village of Velikiy Vyezomi on the outskirts of Moscow. 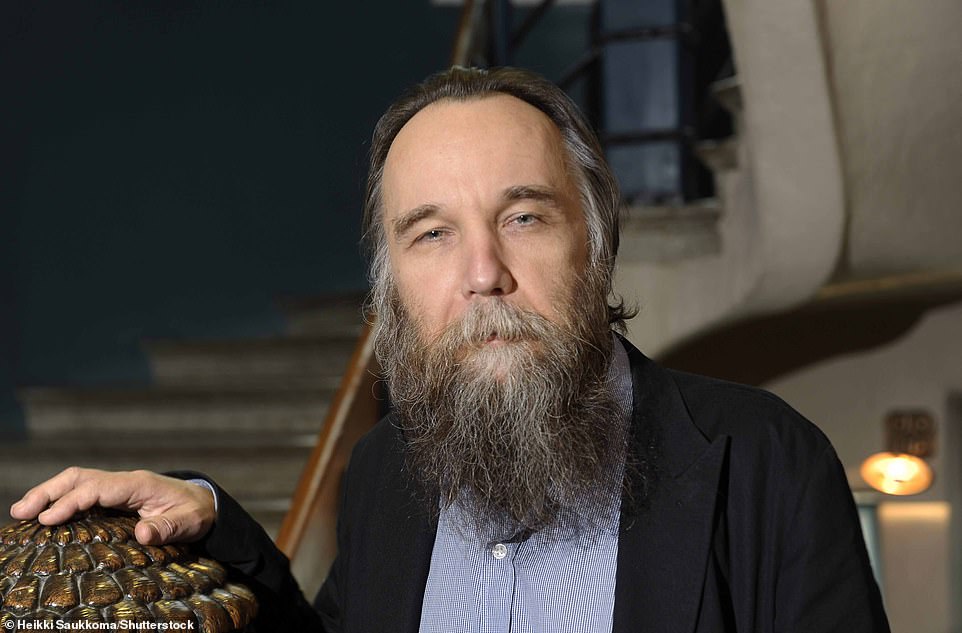 Daria Dugina was “blown to pieces” in an “assassination” aimed at her father Alexander (pictured), according to Russian media 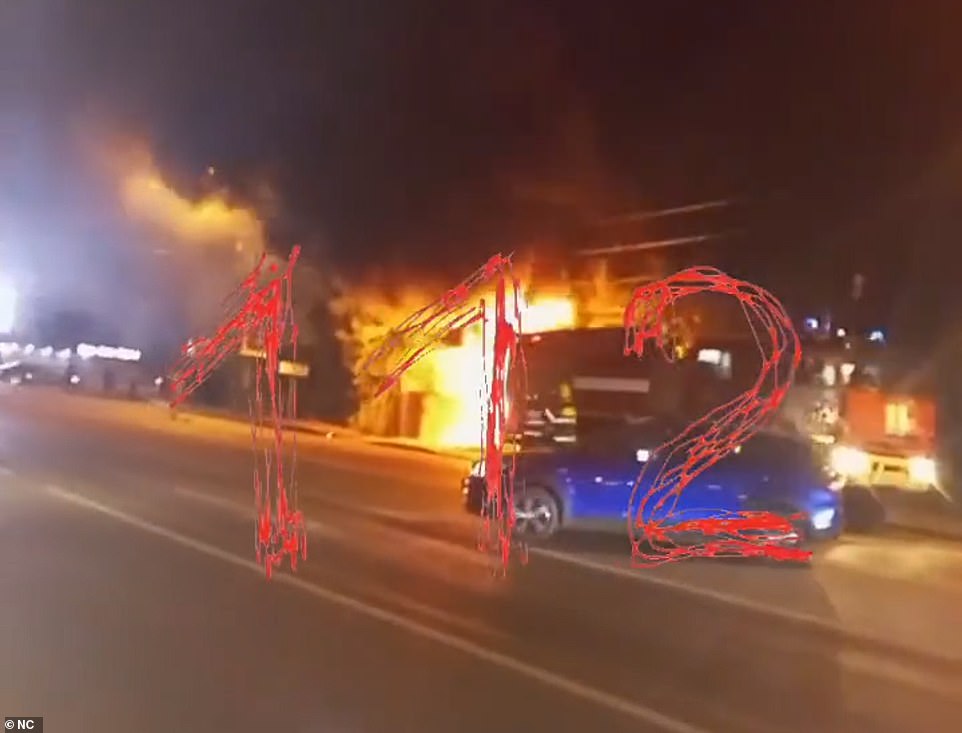 According to unconfirmed reports, she was driving her Land Cruiser Prado near the village of Velikiy Vyezomi when the car suddenly exploded (allegedly a photo from the scene) 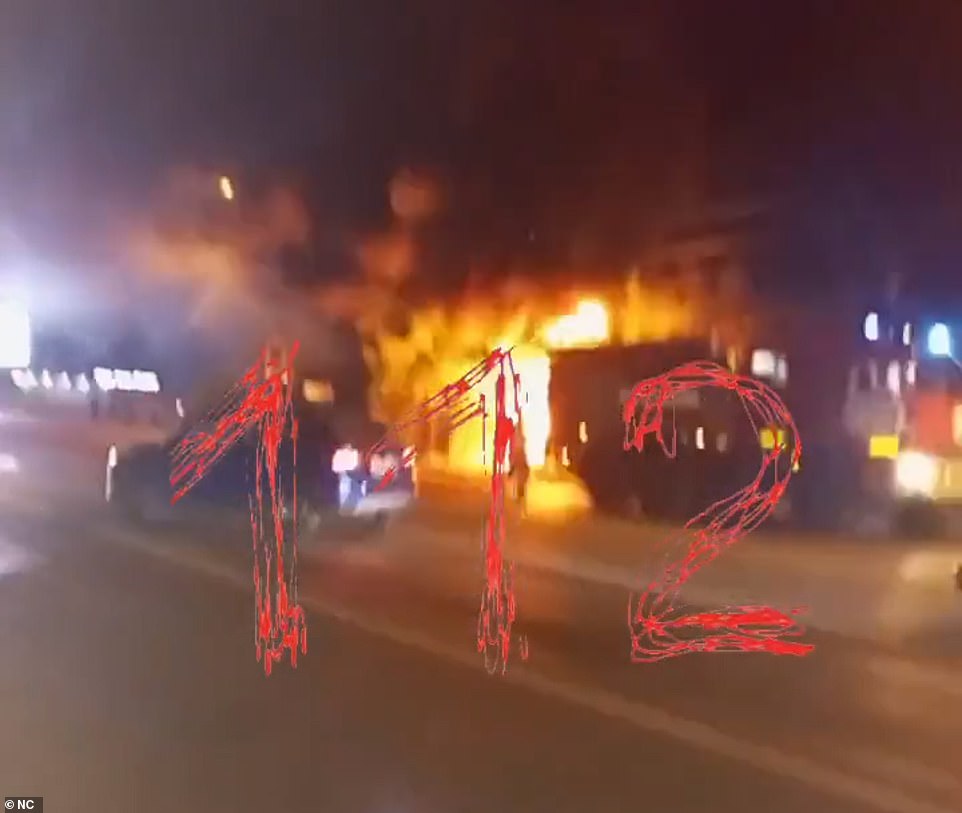 So far, there are no clues as to who is behind the alleged murder 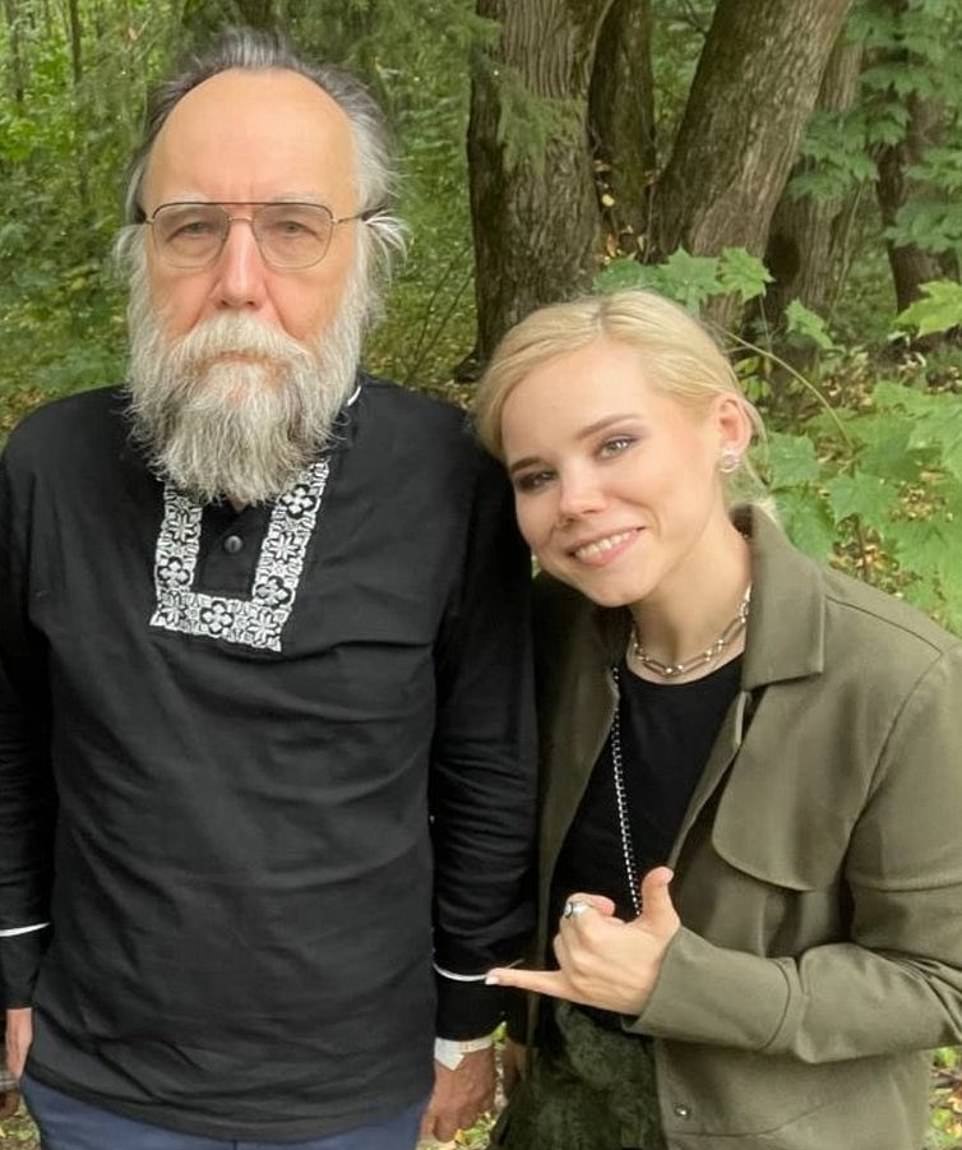 Denis Pushylin, the head of the separatist Donetsk People’s Republic in eastern Ukraine, called the authors of the “attack” “despicable scoundrels.” (On the picture: Daria and Alexander Duginy) 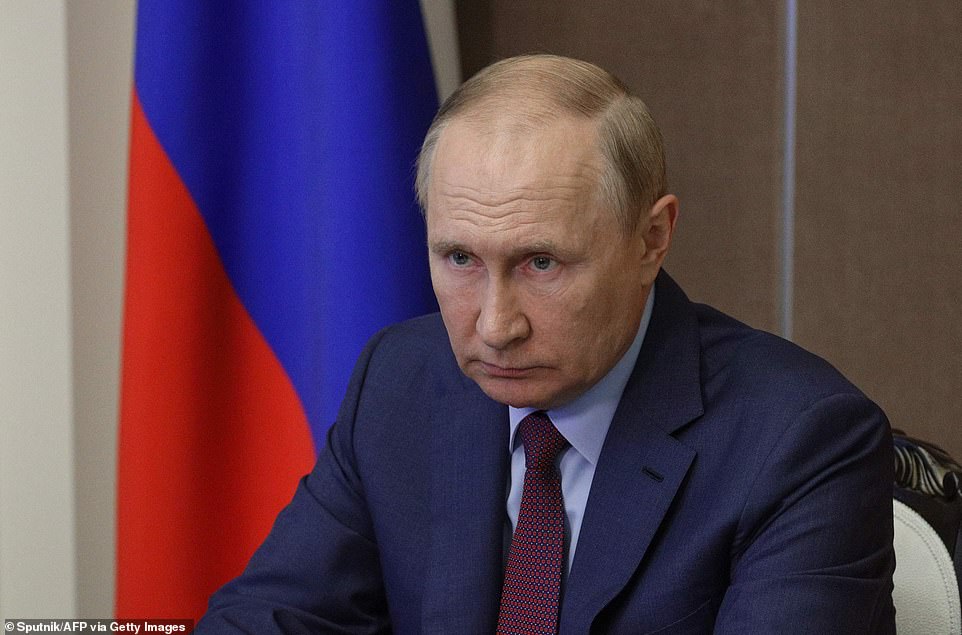 While he has no official role in the government, Alexander Dugin, a far-right occult writer, is said to have a strong influence on Putin, especially when it comes to propaganda.

He is credited with giving new life to the term “Navorossiya”, which was adopted by Putin to justify the annexation of Crimea after being widely used by Dugin in 2013 and 2014.

It comes as Russian forces stepped up their fight to capture one of the few towns in eastern Ukraine not yet under their control, continuing to shell towns and villages in the north and south of the country.

In the city of Vazniasensk, a five-story residential building and private houses were seriously damaged, the governor of the Black Sea region reported.

Vital Kim wrote in Telegram: “As of 1:30 p.m. (local time), there are nine wounded, including four children.

All children are in critical condition. Age from three to 17 years old.” He added that the young girl lost an eye in Saturday’s attack.

Reflecting the expansion of the front lines of the nearly six-month war, the Ukrainian airstrike struck targets in the largest Russian-occupied city in the southern Zaporozhye region, according to Ukrainian and Kremlin-backed local officials.

The Ukrainian mayor of Melitopol said that preliminary information indicates a “precision strike” on the Russian military base.

The head of the Kremlin-backed administration said that as a result of the attack, residential areas were damaged and one civilian was slightly wounded.

In its daily update, the General Staff of the Armed Forces of Ukraine said that fighting had intensified around Bakhmut, a small town whose capture would allow Russia to threaten the two largest urban centers in eastern Donbass, which remain under Ukrainian control.

Bakhmut has been the main target of Moscow’s eastern push for weeks as the Russian military tries to complete a months-long campaign to conquer all of Donbas, an industrial region bordering Russia where pro-Moscow separatists have self-declared a pair of independent republics. A local Ukrainian official reported ongoing fighting on Saturday morning near four settlements on the border between Luhansk and Donetsk regions, which together make up the disputed region.

Russian forces seized almost all of Luhansk last month and have since focused on seizing the Ukrainian-controlled areas of Donetsk. As a result of Russian shelling on Friday, seven civilians were killed in the Donetsk region, including four in Bakhmut, Governor Pavlo Kirilenko wrote on Telegram on Saturday.

Taking Bakhmut would give the Russians an opportunity to advance on the main Ukrainian-controlled cities of the province, Kramatorsk and Slavyansk. The message of the General Staff says that Slavyansk and Kramatorsk were also shelled on Friday, as well as the Kharkiv region in the north, where Ukraine’s second largest city is located.

Neither Moscow nor Kyiv commented on the airstrike on the Russian-occupied Melitopol in southern Ukraine. Earlier on Saturday morning, Russian Defense Ministry spokesman Igor Kanashenkov said that pro-Russian forces shot down Ukrainian shells near the city, as well as near a key power plant in the Kherson region, which the Russians seized at the beginning of the war.

The head of the Melitopol administration created by the Kremlin confirmed that the city was under shelling from Ukraine. Galina Danilchenko reported in Telegram: “During the night, the Kyiv regime carried out two attacks on our beautiful Melitopol, on the residential quarters of the city. Russian air defense systems shot down the missiles, but as a result of the shelling, the houses of the residents on (two) streets were partially destroyed and damaged.”