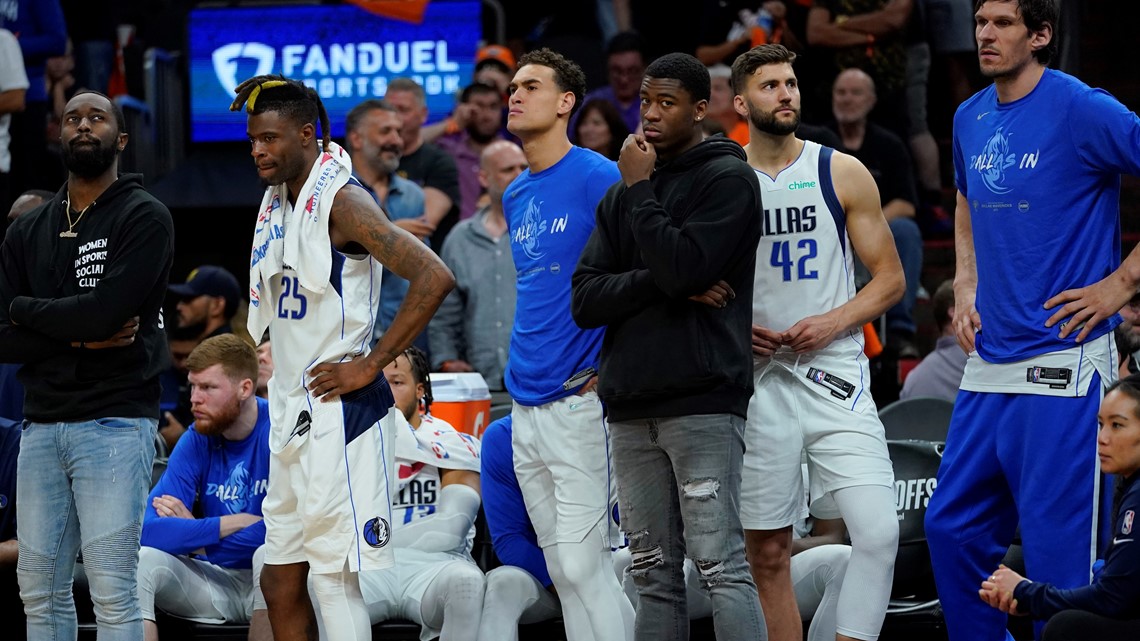 DALAS – Dallas Mavericks fined NBA for bench action during Wednesday night’s defeat by the Phoenix Suns in the second game of the Western Conference semifinals.

In a press release, the league announced that the Mavericks had been fined $ 25,000 for violating the rules of “decency of the team bench.”

According to the NBA, during Game 2, some players and a member of the coaching staff walked away from the bench on or near the field during the game “several times”.

Dallas lost the Suns 129-109 in Phoenix on Wednesday, tuning in for Critical Game 3 at the American Airlines Center on Friday night.