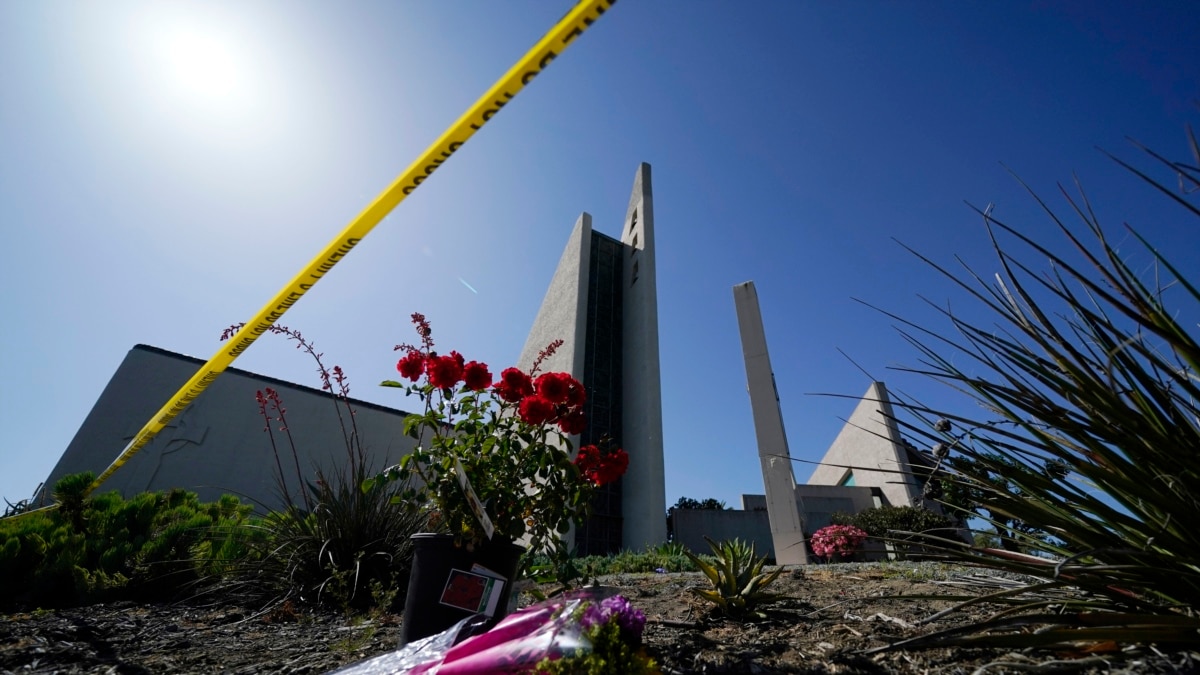 Hillary Wu of Orange County, California, comes from a family that has lived in Taiwan for hundreds of years. Her boyfriend calls himself the descendant of a wave of people from China who were exiled to Taiwan in the 1940s under the government of Chinese nationalists when the Communists seized mainland China.

But 40-year-old Wu and her boyfriend discussed the difference only once, over dinner. They don’t care. “We’re very different in the way we grew up and we’re different people, but it doesn’t affect our values, our morals,” said Wu, a nutritionist who moved to California with her parents when she was a child. .

But the historical differences between the two groups and the constant tensions became apparent outside Taiwan on Sunday when a gunman opened fire on a gathering of the Taiwanese Presbyterian Church in Southern California, where Wu lives. The suspected shooter was born and raised in Taiwan and had ties to pro-Chinese groups, Taiwanese media reported. The parishioners he is accused of shooting come from families who have lived in Taiwan for centuries.

Authorities said 68-year-old David Wenwei Zhou of Las Vegas was arrested and charged with the murder of one man, 52-year-old Dr. John Cheng, who stopped at the suspect, allowing others to subdue him, according to the Associated Press. Five others were injured.

Orange County Sheriff Don Barnes cited a complaint between the shooter, a U.S. citizen, and the Taiwanese community. The suspect “was upset by political tensions in China and Taiwan,” the sheriff said in a statement Monday.

British Presbyterians, who arrived in Taiwan in 1865, established strong ties with local Taiwanese and advocated the island’s independence from China, writes author-historian Christine Louise Lynn in her book The Presbyterian Church in Taiwan and Advocating Local Autonomy.

“I don’t like to think it’s a hate crime, but it’s a hate crime,” Wu said. “In the background there is a political aspect, but this man is also crazy. I was very shocked to learn that this is another Asian American who is saying something against Taiwanese Americans.”

The separation has affected domestic politics, education and other aspects of life in Taiwan since the 1940s.

Taiwanese with hundreds of years of history on the island, also identified as “benshengren,” prefer today’s ruling Democratic Progressive Party. This party opposes the promises of the modern Chinese government if necessary to seize the island by force. Nationalists, or “Weishengren,” many of those who originated in China and settled in Taiwan along with Chang, take a more conciliatory stance toward China.

52-year-old Paul Young, owner of a real estate agency in Orange County, a native of Taiwan, has lived in the United States for 31 years and knows people associated with the church where the shooting took place. The president of the Taiwan Orange County Chamber of Commerce Yang says its 200 members rarely discuss politics in public.

Ian still identifies himself as a benshengren, but says he rarely hears the term.

“When I go back to Taiwan and talk to the younger generations, the terms ‘bensheng’ and ‘vision’ are not as commonly used as in childhood,” he said.

Two groups of Taiwanese have no “real problems” in the United States, said Chien Minze, president of the Washington-based Taiwanese propaganda organization Formosan Association for Public Affairs. He knows of no other incident in the U.S. like the shooting. “We respect each other,” he said, referring to the two groups. “There’s nothing like that extreme.”

In Taiwan, the shootings are likely to make people rethink the division, said Chao Jian Ming, dean of the Department of Social Sciences at China’s Taipei Cultural University. He predicted that domestic news would focus on this perspective, and the island’s political parties could raise it on their own.

“I’m worried about the incident in California, which will increase the vicious circle,” Chao said. “This shooting was initially politically motivated, and in Taiwan it is explained that it is political. Everything related to the relations between Taiwan and mainland China is politicized. “

Taiwan’s ruling party said in a statement on social media that it “condemns” all forms of violence, but did not specify the political angle.

Sunday’s shooting could alert Taiwanese people to political activists who are in favor of mainland China and support the unification of Taiwan and China, said Sean Soo, an independent political analyst in Taiwan. Su said followers of the pro-Chinese group smashed his windows when he lived in New York 15 years ago.

“These groups tend to be radicalized in the United States,” Soo said. “Many Taiwanese groups have been subjected to many persecutions and threats by these pro-Chinese unification groups over the years.”

Peggy Huang, a member of Taiwan’s U.S. City Council in Yorba Linda, a suburban town near the shooting site, called the policy a likely “oversimplification” of the causes of the shooting. She especially wonders how the Las Vegas suspect chose a church in Laguna Woods for his attack. The 16,000-strong city is attractive to retirees, and Taiwanese churches operate in other parts of Orange County.

“He can certainly have some kind of hatred for Taiwanese,” Juan said. “But should he come to this church on purpose? It is not easy to find a church. This is a topic of conversation among us. “

How to survive the next market crash