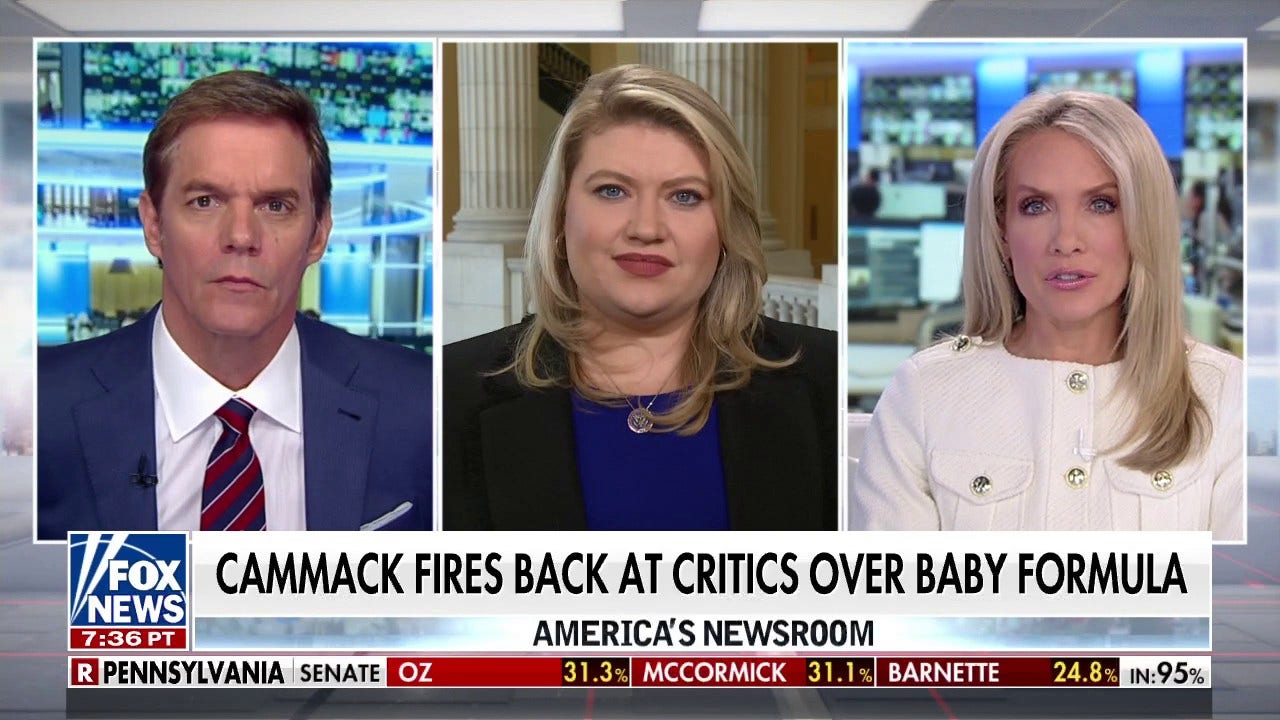 A spokeswoman for Kat Kemmack, R-Fla., Doubled her criticism of the Biden administration on Wednesday in America’s Newsroom after facing an unfriendly reaction for exposing the alleged “accumulation” of baby formulas at the southern border.

REP. KAT KAMAK: I have had the opportunity to interview Secretary Mallorca four times, and each time he can say something humiliating about me, including being disrespectful, rude, and now he says I expose their crisis in disgust. No one is saying we are not going to take care of children who are in custody in the US. We say these kids are here because Biden created this crisis and invited them here. And we were very clear from the start that even if we redistributed the entire formula that was accumulated at the border, it wouldn’t even scratch the surface with the magnitude of what we face in terms of the deficit around America. If you have closed down the country’s largest manufacturer of infant formulas, to be exact, 43%, and you have no plan to fill that market share, you are responsible for that. And the fact that Pete Butygid and the White House said they had a plan from day one is a lie because, frankly, he passed a congressional act to get them to move on after their parents ’outrage.

This is incompetence. I can’t believe these secretaries, these officials are willing to go so far in speaking and just lie. There was no plan. And if they had a plan, obviously it didn’t work.

WATCH THE FULL VIDEO BELOW:

NFL QB battles: Who stood out in first preseason week?

2022 World Cup Odds: US lines to win the World Cup in Qatar

The Dallas Mavericks are set to become big in Game 6 against the Phoenix...