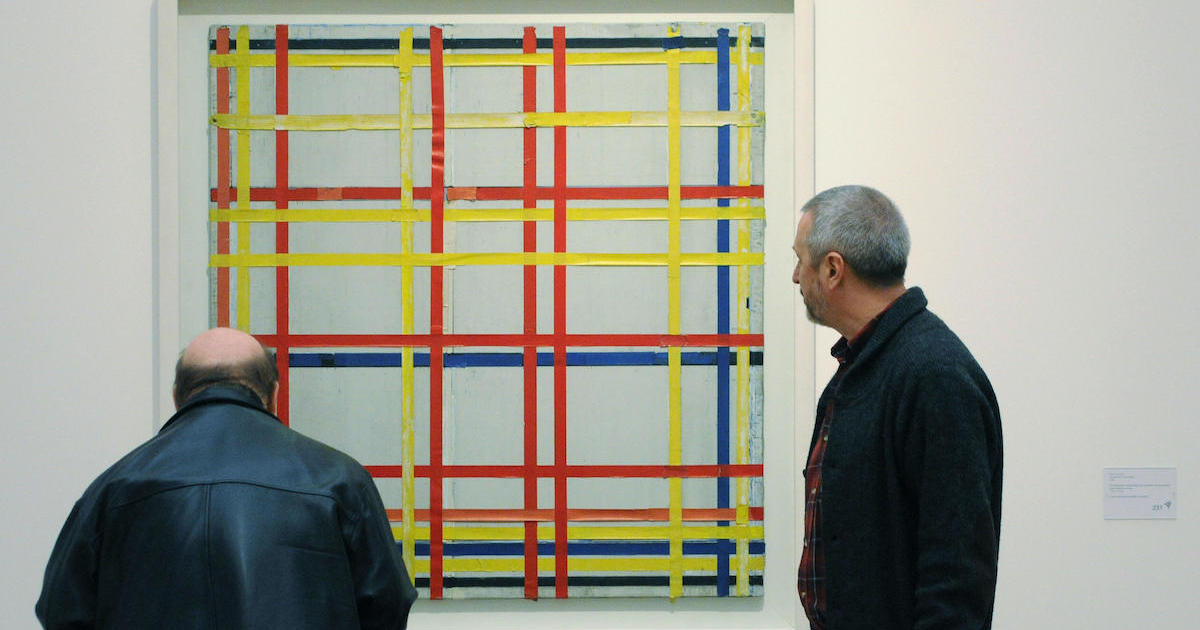 A painting by Dutch abstract painter Piet Mondrian has been hanging upside down for 77 years, a German museum curator says.

A major retrospective of the avant-garde artist’s work went on display Saturday at the Kunstsammlung museum in Düsseldorf, and one of the pieces on display is New York 1, painted in 1941.

But in preparation for the exhibition, curator Suzanne Meyer-Booser discovered that the painting had not been presented to the public in the way it might have been intended to be exhibited.

“In the photo of 1944, I saw that the canvas on the easel was upside down. It intrigued me,” Meyer-Booser told the German daily Suddeutsche Zeitung.

The painting, which consists of several blue, red and yellow lines intersecting at right angles, was soon put on display in an out-of-place way at MoMA in New York, the curator said.

In 1980 it was transferred to the Düsseldorf Museum and exhibited in the same way.

The mistake may have been made because “the painting is unsigned,” according to Meyer-Bueser.

The decision to present the work as it had been for decades was likely determined by “the artist’s name inscribed on the back of the frame by the administrator (of the artist’s estate)” at the time of Mondrian’s death in 1944.

Born in 1872, Mondrian was a prominent figure in the 1920s abstract art movement known as ‘De Stijl’ and was one of the most influential figures in 20th century modern art.

In 1940, he moved to New York, where the skyscrapers and city layout inspired him to draw horizontal lines. He died in New York in 1944.

His most famous work is “Boogie Woogie Victory”, which is considered one of the most important works of art of the 20th century.

The best outfits from the 2022 NBA Draft