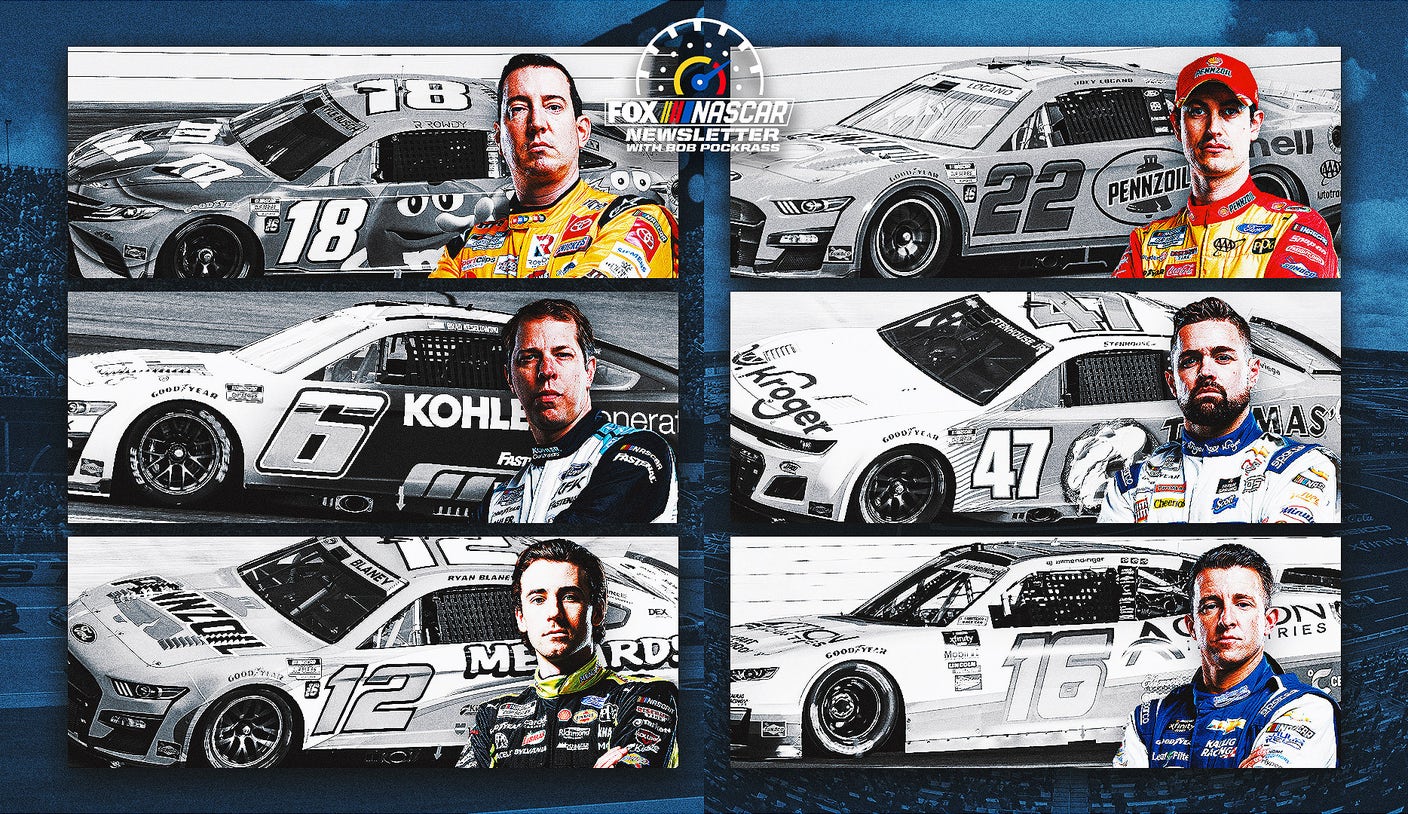 With the first three playoff races won by non-playoff drivers, fans can expect that trend to continue in NASCAR Cup Series the second round.

The final 12, which some would call the “quarterfinal round,” features two tracks that many will find unpredictable, as Talladega Superspeedway and Charlotte Motor Speedway follow the opening race at Texas Motor Speedway this weekend.

The three new winners to open the playoffs took the 2022 winner tally to 19, setting a single-season Cup record with seven races remaining in the season. The six drivers who won in 2021 have yet to win this year, the first season with a next-generation car and teams sourcing chassis, body panels and most parts and components from a single supplier to assemble the cars, rather than produce the parts and the pieces themselves.

“We expected this year to be very unpredictable and no one would really be able to figure this car out,” said former Cup champion Joey Logano. “And it really feels like there are still so many questions… Could there be another first-time winner? Absolutely.

“There are a few drivers who expect to win every year but haven’t won yet, so you have to think they’re probably going to pull off a win at some point, but you just don’t know. “

Joey Logano, speaking before the race in Bristol, said the unpredictable nature of the Next Gen car was the reason for the number of non-playoff drivers winning races.

With four drivers eliminated from the playoffs after the first round – Kevin Harvick, Tyler Reddick, Austin Dillon and Kyle Busch have all won this year, and it wouldn’t be a huge surprise if any of them won the next three races.

Busch won Texas in 2020, when it was a semifinal race, and he’s already out. Dillon won the last draft race at Daytona Superspeedway, so it’s no surprise to see him win at Talladega. Reddick has two road wins this year (Road America and Indianapolis Road), so it wouldn’t be a shock to see him win in Charlotte.

But there are also drivers who haven’t won this year and haven’t made the playoffs, who are a threat to win. The first is Martin Truex Jr., one of the best drivers week after week and winner of 29 races in the previous seven seasons.

Brad Keselowski might have won at Bristol had he not had a flat tire while leading the race, which was eventually won by his RFK Racing driver, Chris Buescher. Talladega might be the best choice for Keselowski, as he has been one of the best drivers at the superspeedway in recent years.

Also on that list of top superspeedway drivers will be Ricky Stenhouse Jr., who is looking for his first win, as well as 2021 Daytona 500 winner Michael McDowell and 2018 Talladega winner Aric Almirola.

Eric Jones (winner at Darlington, who will open the playoffs) and Bubba Wallace (winner at Kansas next week) have both been strong enough at superspeedways and in the final intermediate events to be seen as threats in the next two weeks.

Alex Bowman on non-playoff drivers winning races in the playoffs

Alex Bowman says the dynamic of beating non-playoff drivers in the playoff round doesn’t affect how he approaches the weekend.

Playoff racers know more non-playoff winners are possible. It’s just the nature of the next-gen car, with the parity it’s created, and what has seemingly been a parts durability issue for the past few weeks.

“It comes down to customization,” Logano said, pointing out that single-source suppliers have created more parity. “We all play with the same deck when we start and it’s just how you play that hand.

“It varies from track to track… It’s hard to have a clear advantage at a point where you can miss your setup a little bit and still be pretty good. It was so in the past.”

Logano and several other playoff drivers said a win by a non-playoff driver doesn’t affect their strategy much, although it could change the dynamic given that the winning playoff driver automatically advances to the next round

“I don’t know if it changes how you go about the playoffs,” Logano said. “You’re still just focused on maximizing the day. If it’s a win or if it’s fifth place, you just have to get as many points as possible and I don’t think that changes from year to year.”

Ryan Blaney, who hasn’t won this year, explains why he’s not surprised that non-playoff drivers are winning in the playoffs this season.

Ryan Blaney is the only driver to make the playoffs without a win this year. Now among the final 12, he is still winless.

“I didn’t think so [the parity] a lot will really change in the playoffs,” he said.

“I still thought you would [those] who wasn’t in it, who could go out and win. It was like that all year.”

Blaney said seeing a non-playoff driver win is obviously better than seeing a playoff participant win because it means there’s another points spot in the next round. The four drivers who did not win the round with the fewest points are eliminated after each three-race postseason round.

“You’re still racing,” Blaney said. “It’s like two separate races: You’re up against everybody, but you’re also up against the guys in the playoffs.”

AJ Allmendinger on the playoff riders

AJ Allmendinger will be one of the favorites in the road race at Charlotte on October 9th. As a non-playoff driver, he explains his mentality when competing in playoff races.

In this second round, one driver who will not be racing until Charlotte is AJ Allmendinger. The Xfinity regular and former Cup regular will be one of the favorites for this race due to his road racing ability.

“After all, they have more to lose than I do. I don’t want to be the guy that ruins anybody’s playoffs, but especially if we have a chance to win a race, I’ll do whatever it takes.”

All in all, no one seems to know exactly how this next round will play out when it comes to those who have already won and those looking for their first win.

“With Next Gen, someone wins one week and is 30th the next,” Keselowski said. “I wish I could sit here and tell you, ‘Yes, we’re going to Texas next week and we’re going to lead every lap and win the race.’

“But as you understand, it’s not that simple.”

What to watch out for

The idea is not for drivers to race there, but rather to help drivers who potentially “catch” a car. Before, when a car went from a paved area to an unpaved one, it was like spinning on ice.

Hopefully, with the extra grip, the driver will be able to avoid hitting the wall. This could be a big, big problem for the Raiders in the playoffs.

It’s the first weekend of the NASCAR Xfinity Series playoffs, so how about some predictions?

Advance from semi-final to championship: Gragson, Gibbs, Allgaier and Berry. With Martinsville as a close race, this appears to favor Berry over Allmendinger.

Champion: Allgaier. He’s so solid in Phoenix (yes, I know Gregson won there earlier this year).

“I’m blown away. I just feel so bad for my guys. They don’t deserve to be in this spot.” — Kyle Busch failed to make it to the second round after an engine failure in Bristol

Bob Pokras covers NASCAR for FOX Sports. He has covered motorsports for decades, including the last 30 Daytona 500s, and has worked for ESPN, Sporting News, NASCAR Scene magazine and The (Daytona Beach) News-Journal. Follow him on Twitter @dashand sign up for FOX Sports NASCAR Newsletter with Bob Pokras.

Get more from the NASCAR Cup Series Follow your favorites to stay updated on games, news and more.

Wendy’s fires veteran with Down syndrome ‘after he said he couldn’t do a normal...