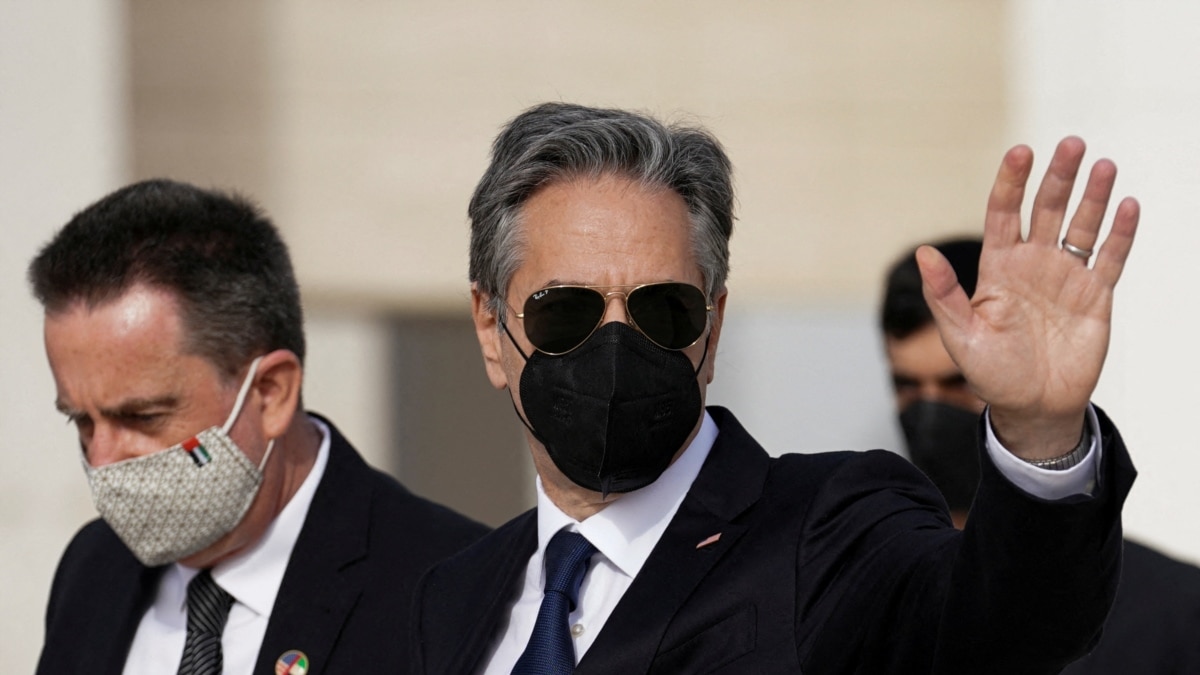 Harris and Blinken are expected to meet with the late president’s brother, Sheikh Mohammed bin Zayed Al Nahyan, who is the country’s new president and already an influential broker of power in the Middle East and beyond.

This is the highest visit to date by the Biden administration to the oil-rich country, the financial center of the region. The delegation also includes Secretary of Defense Lloyd Austin, CIA Director William Burns and Climate Envoy John Kerry.

Before leaving, Vice President Harris said she was traveling on behalf of President Joe Biden to pay her respects. Analysts also see the visit as an important gesture to improve America’s tense relations with the UAE. Abu Dhabi is disappointed that the Biden administration has lifted the terrorist assignment of Iranian-backed Yemeni Hussite insurgents who fired missiles and drones across the UAE and Saudi Arabia. The UAE and other Gulf states also oppose the Biden administration’s efforts to resume the international nuclear deal with Iran, from which former President Donald Trump withdrew the U.S. in 2018.

For its part, Washington has asked both the UAE and Saudi Arabia to pump more oil after Russia’s invasion of Ukraine on February 24 to lower rising gas prices and improve stability in energy markets as Europe tries to get used to Russian oil and natural resources. gas. Riyadh and Abu Dhabi have rejected Washington’s demands in an effort to maintain good relations with Russia.

Blinken arrived in Abu Dhabi from Paris, where he had a working lunch with his French counterpart Jean Yves Le Drian. The State Department said the two top diplomats discussed “important issues in bilateral relations, especially the urgent need to confront global food security, which has been exacerbated by Russia’s war in Ukraine, and efforts to achieve a reciprocal return to the Iranian nuclear deal known as the JCPOA.”

Blinken’s first stop on the tour was in Berlin, where he met with Ukrainian Foreign Minister Dmitry Kuleb on Sunday. They also discussed plans to work together to ensure that Ukrainian food exports reach consumers in Africa and Asia. A meeting of NATO foreign ministers was held in Berlin to discuss the situation in Ukraine and coordinate efforts to provide Ukraine with humanitarian aid and weapons needed to defend against Russia.

Russia’s full-scale invasion of Ukraine has led to rising food prices and increased the threat of famine in many parts of the world. At a meeting in Germany on Saturday, the G7 foreign ministers called on the Russian government to end the blockade of Ukraine’s Black Sea ports to free exports of critical Ukrainian grain, fertilizers and other agricultural products.

Blinken and other NATO foreign ministers also discussed Finland’s decision to apply for NATO membership without delay. The United States has said it will support both Finland and Sweden’s bid to join the Transatlantic Security Alliance. Russian President Vladimir Putin warned Finnish President Sauli Niinistö in a telephone conversation on Saturday that any attempt by Helsinki to join NATO would harm bilateral relations. Finnish leaders see Russia’s invasion of Ukraine as a threat to their country’s security, as the two countries have a 1,340-kilometer border.

Turkish President Recep Tayyip Erdogan has also expressed concern about Finland and NATO joining the alliance. Blinken said Turkey had not said it would block Helsinki from joining, and that the bid was a “process” and NATO a place for discussion.