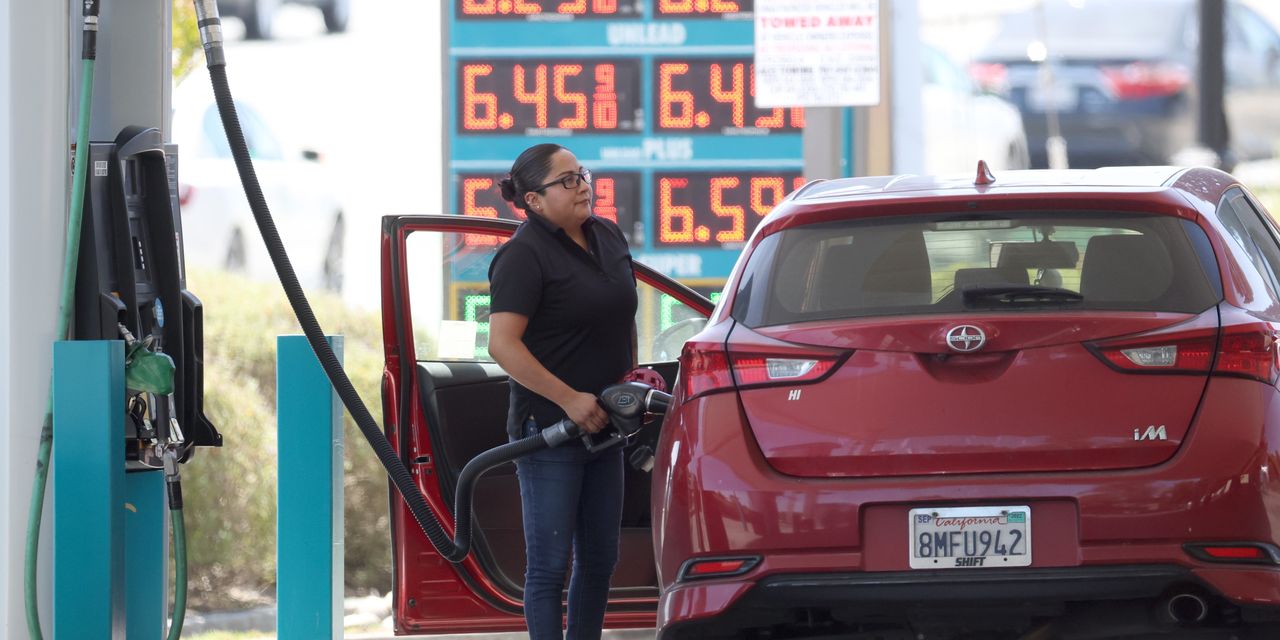 Gas prices continue to rise in the U.S. this week, and pressure on the pump is unlikely to decrease with the start of the summer travel season.

The average price per gallon of unleaded gasoline in the United States reached a record $ 4.59 on Thursday, according to AAA. This is the highest average in the country, recorded by the AAA since they began tracking fuel prices in 2000. On average, prices are about 50 cents more per gallon than a month ago. A year ago, according to the group, the average price of a gallon of gas was $ 3.04.

Prices vary in different U.S. states: the average price in California reached $ 6.06 per gallon of conventional gas on Thursday compared to $ 4.03 per gallon in Oklahoma. Currently, regular gasoline costs an average of more than $ 4 a gallon in every U.S. state, for the first time since the AAA began tracking data, said Devin Gladen, a AAA spokesman. Average prices in Hawaii, Nevada, Washington, Alaska and Oregon on Thursday rose above $ 5 a gallon.

Prices are expected to remain high throughout the summer. Mr Gladen of AAA said prices are usually falling by the end of the summer, but what is happening this year remains unclear.

“It really comes down to oil prices, and whether prices fall after the summer will really depend on whether we see lower oil prices,” Mr Gladen said.

The House of Representatives on Thursday passed Law 217-207, largely on a party basis, which will give the Federal Trade Commission more power to prosecute alleged price increases if the president declares a state of emergency in the country. The legislation also provides for the establishment of a new unit within the FTC to monitor fuel markets. The bill is largely seen as a message from Democrats ahead of this year’s midterm elections, and is unlikely to take place in the Senate, where it will need bipartisan support.

A combination of factors has led to rising gas prices. The price of crude oil has risen as consumer demand has begun to return to pre-Covid-19 pandemics over the past year. Russia’s invasion of Ukraine earlier this year shocked the world market, leading to rising oil prices.

Analysts expect that prices will not fall soon. A JPMorgan report this week said retail gas prices could jump to $ 6.20 a gallon by August, fueled by increased demand during the summer driving season.

A poll released by GasBuddy on Thursday found that about 58% of Americans plan to travel this summer, compared to 57% who said they intend to do so in 2021, when gas prices averaged about $ 1.50 cheaper than a gallon.

Although the figures have the highest value in the US, they do not take into account inflation. In 2008, during the financial crisis, gas prices rose to an average of about $ 4.10 a gallon – or about $ 5.39 a gallon adjusted for inflation, said Patrick De Haan, head of oil analysis at GasBuddy.

In a bid to slow gas prices, the U.S. Environmental Protection Agency last month issued a ban that allows gas stations to sell high-ethanol gasoline that regulators typically do not allow in some states in the summer due to air pollution. emissions. The Biden administration also said in March that it would produce up to 1 million barrels a day from U.S. strategic oil reserves.

– Eliza Collins contributed to this article.