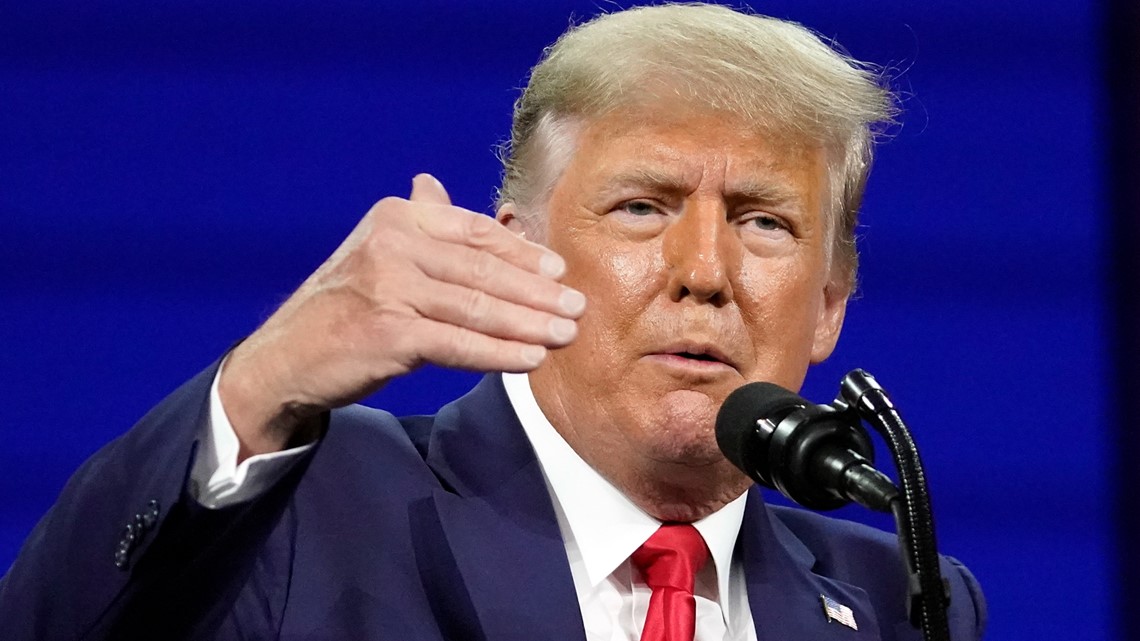 The former president is scheduled to speak at the American Freedom Tour stop in Austin on May 14.

AUSTIN, Texas – Former US President Donald Trump is set to make a stop in Austin in May.

Trump is scheduled to headline the American Freedom Tour stop in Austin on May 14. The event will take place at the Austin Conference Center.

According to the release, the stage of the tour in Austin will be the sixth stop of dozens of rallies to be held across the country. Another stop for the tour is also scheduled in Birmingham, Alabama, on June 18th.

Thousands of people are waiting today at the Austin Conference Center for the American Freedom Tour. Workers say they are standing in line from 5:30 a.m. today. pic.twitter.com/gh4qFZ9tDh

On the topic: Former President Trump proposes to pardon the rioters in the Capitol on January 6 in case of re-election during the Conro rally

“The border crisis in our country in Texas could be exacerbated by Biden’s decision to repeal Title 42. Americans are now more than ever eager to hear President Trump’s message, ‘America first,'” said American Freedom Tour President Chris Widener.

The last time Trump stopped at Lone Star State was in January 2022, when he held a rally in Conroe as part of his Save America Tour. There he criticized President Joe Biden over the situation in Ukraine and the US withdrawal from Afghanistan.

The problem of unavailability of Austin: the payment did not keep up with the rising cost of housing

Police have launched an investigation after an officer grabbed AJ Dillon by the collar...

Clorox is recalling detergents that may contain bacteria