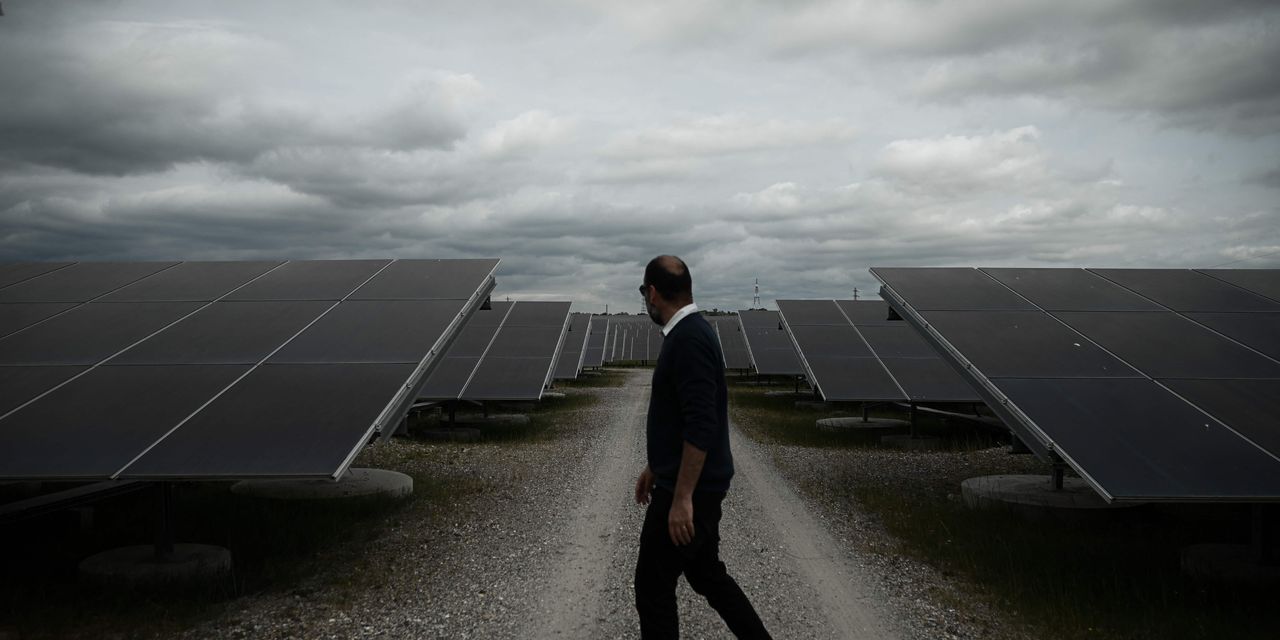 Despite the historic failures of Western solar panel manufacturers to compete with Chinese suppliers, Brussels, like Washington, hopes to resume its local production to supply and profit from the expected creation of solar energy. It could work this time, or it could instead become an expensive nonsense that makes the West heavily dependent on Asian suppliers.

Representatives of the European Union said on Wednesday that solar energy was the “king” of their efforts to become independent of Russia’s energy imports by 2027. The solar initiative is one of a number of measures, but is estimated to displace about 9 billion cubic meters of gas imports annually by 2027, nearly a tenth of the EU’s planned cuts.

The new solar strategy aims to more than double capacity by 2020 – add 320 gigawatts of capacity by 2025 and 600 gigawatts by 2030 – through streamlining permits, training workers, increasing solar panels on rooftops and gradually introducing panels in all major public and commercial buildings as well as new residences. It also aims to build a local supply chain for the solar industry, currently based in Asia, with an annual capacity of 20 gigawatts by 2025.

According to the EU, a rooftop solar panel is more expensive than a communal one, but it is being built quickly and could provide almost a quarter of the EU’s electricity consumption, which is more than current gas. Installation on roofs does not require additional land, faces fewer objections because locals often benefit from the electricity generated, and minimizes transmission requirements, thus avoiding problems and electricity losses along the line.

The transition from gas to solar energy risks creating a new dependence on Asian panel manufacturers and, in particular, China. Currently, European companies contribute only about 9% of gross value added in the solar supply chain, according to Guidehouse Insights. However, unlike Russian gas, which requires constant procurement, the panels last 20 to 30 years, giving Brussels time to develop a local supply chain.

They will need it. Unlike the US, Europe has a very fragmented market for roof installers. It has competitive companies that build racks for rotating solar tracking panels and power inverters that convert power to AC and optimize output. However, he could not compete with major Chinese manufacturers of cheap panels.

Europe hopes to restore its local supply chain with a strategic alliance similar to the one created in 2017 for batteries for electric vehicles. So far, it has been a successful initiative that has increased EU production capacity from 0% in 2017 to an estimated 25% of global supplies by 2030, according to Anna Darmani of Wood Mackenzie. This has sparked collaboration and accelerated the development of new European manufacturing sites, although the nascent industry has yet to prove that it can compete in quality and price with leading Asian suppliers.

Unlike batteries, Europe has some solar heritage on which to build. One of these companies, which has experienced ups and downs – is Meyer Burger,

which until recently was focused on solar energy research and sales of production equipment. It turned around in 2020 and opens capacity in Germany and Arizona to produce 4.6 gigawatts of high-performance solar cells and modules annually by 2025, although the pandemic has caused some delays. Enel,

The Italian utility, which aims to become a global green energy giant, is also investing in a Sicilian plant to build three gigawatts of high-tech modules with EU funds. European-made panels will have local appeal, but may still face stiff competition as Chinese and Indian manufacturers invest in similar technologies.

European solar production offers very few companies that equity investors can buy, but only in the early days. The pressure on high-tech solar panels will create jobs and increase the energy security that politicians want, but the market must evolve further before it becomes clear whether it can also generate hot profits for investors.

Phil Mickelson is hoping for a return to the PGA Tour