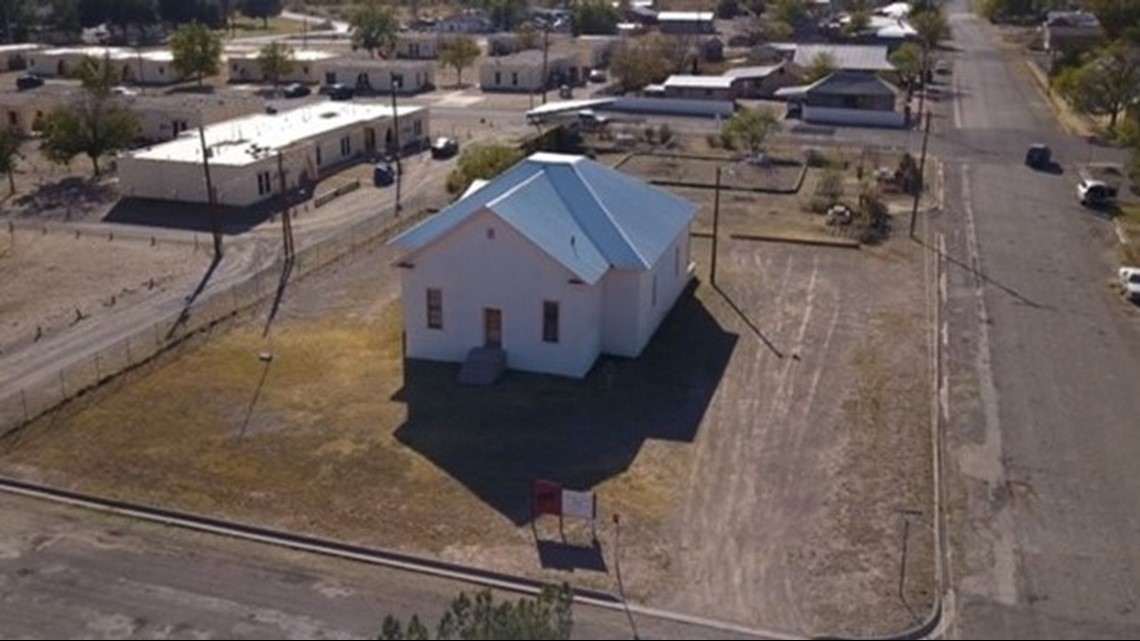 Blackwell Elementary School in West Texas was built in 1909 and was attended only by American children.

MARFA, TX – Note: The video above is taken from the Blackwell School report of 23 November 2021.

The elementary school in West Texas, which was isolated and attended only by American children from Mexico, may soon become a national historic site.

Former Blackwell Elementary School students worked to give the school national recognition to bring the public to what happened there.

The U.S. Senate on Thursday passed the Blackwell School National History Act, which called a three-room school in Martha, Texas, a national facility.

According to the National Park Protection Association (NPCA), it will be one of the first national parks to honor the history of Latinos.

After approval by the Senate, the bill is now being sent to the House of Representatives for a final vote and then to President Joe Biden’s table.

The Blackwell School was built in 1909 and is named after its principal Jesse Blackwell.

Last year, the WFAA spoke to some of its former students. They talked about the racism and segregation they felt at school and in the city.

“In society, you learned at a young age to stay away where you are not wanted,” said Mario Rivera, who went to Blackwell in the 1950s.

RELATED: “We will have problems because we speak Spanish”: Former students of a secluded Texas school recall the racism they faced and the good times they spent

Silva told the WFAA about a specific day when the school held a “funeral” in Spanish. He said the students wrote “I will never speak Spanish again” on a sheet of paper and put it in a small coffin.

“They got this little box, put it in the ground and buried it, so it was a fake funeral,” Silva said. “From now on, anyone who speaks Spanish will be punished.”

The group, known as the Blackwell School Alliance, is working to preserve the school’s history. Former students have sought Congress to be recognized as a national historic site.

The National Historic Act of the Blackwell School was led by Senators John Cornin (R-TX) and Alex Padilla (D-CA), as well as representatives Tony Gonzalez (TX-23) and Philemon Vela (TX-34), according to the NPCA.

“It’s not just about segregation education, but also the path to all the ways Hispanic, Hispanic, Latin Americans in America – especially Mexican Americans here in Texas – have been discriminated against, seceded while it was America. “,” Said WFAA Gretel Enk, president of the Blackwell School Alliance.

US railroad strike averted; Biden called the agreement “a victory for America”

The Illinois governor’s race is also a struggle among billionaires