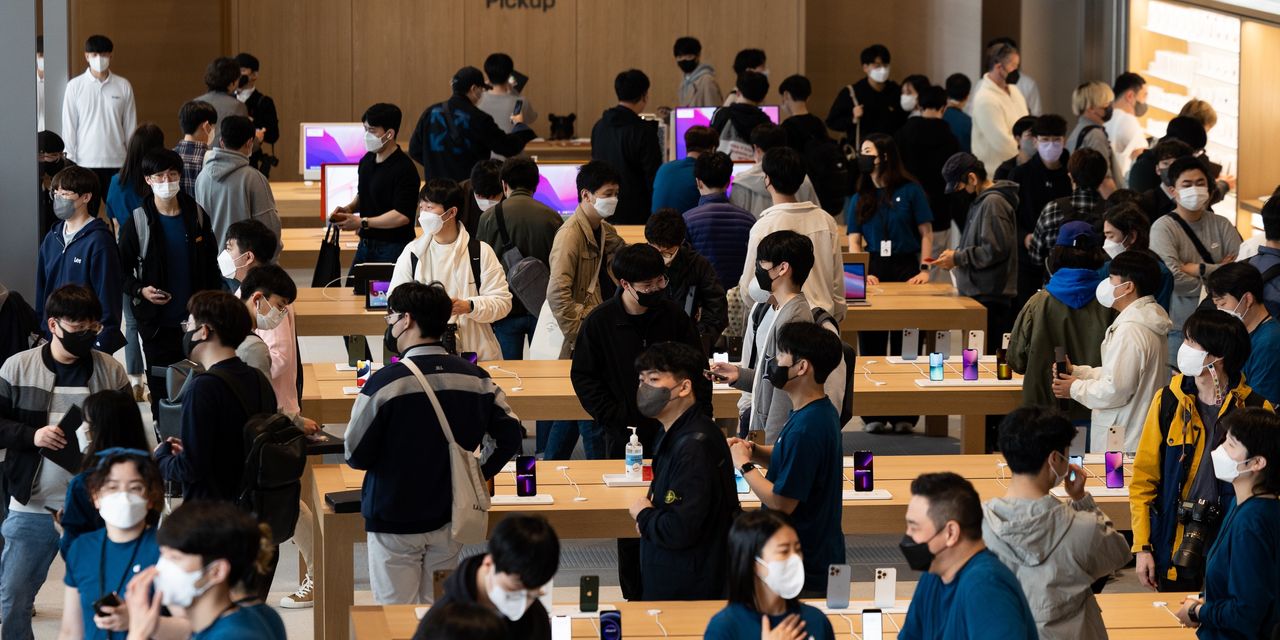 used to be the most valuable company in the world. But from this week this crown goes to Saudi Aramco.

As of Wednesday’s closing, Saudi Arabian Oil Co., as the state-owned oil company is officially called, has overtaken Apple at market value. Around noon on Thursday, Saudi Aramco’s market capitalization was close to $ 2.383 trillion versus Apple’s $ 2.298 trillion, according to Dow Jones Market Data.

Apple is a major investment for both individual and institutional investors, given its overall ability to withstand storms in the market. But investors seemed to be overestimating their love for the iPhone maker. On Thursday morning, the company was the fourth worst in the Dow Jones Industrial Average and the most active stock in the S&P 500 and Nasdaq-100, according to Dow Jones Market Data.

In early January, when the pandemic surge in technology stocks was still in full swing, Apple stocks briefly soared to about $ 3 trillion in market value during the day. Now higher interest rates are making technology stocks less attractive. Shares of Apple fell about 20% year on year and 10% this month. It continued to fall on Thursday, losing 3% in trading at noon.

“For those readers who remember 2000-2002, you’ve already seen this film. If you didn’t invest then, just know that today’s decline in Apple is part of a broader trend of investor reluctance to take risks, not “the market is wrong,” writes Nicholas Kolas, co-founder of DataTrek Research, in a note. . Mr Kolas said the recent fall of Apple is the reason he remains cautious with stocks.