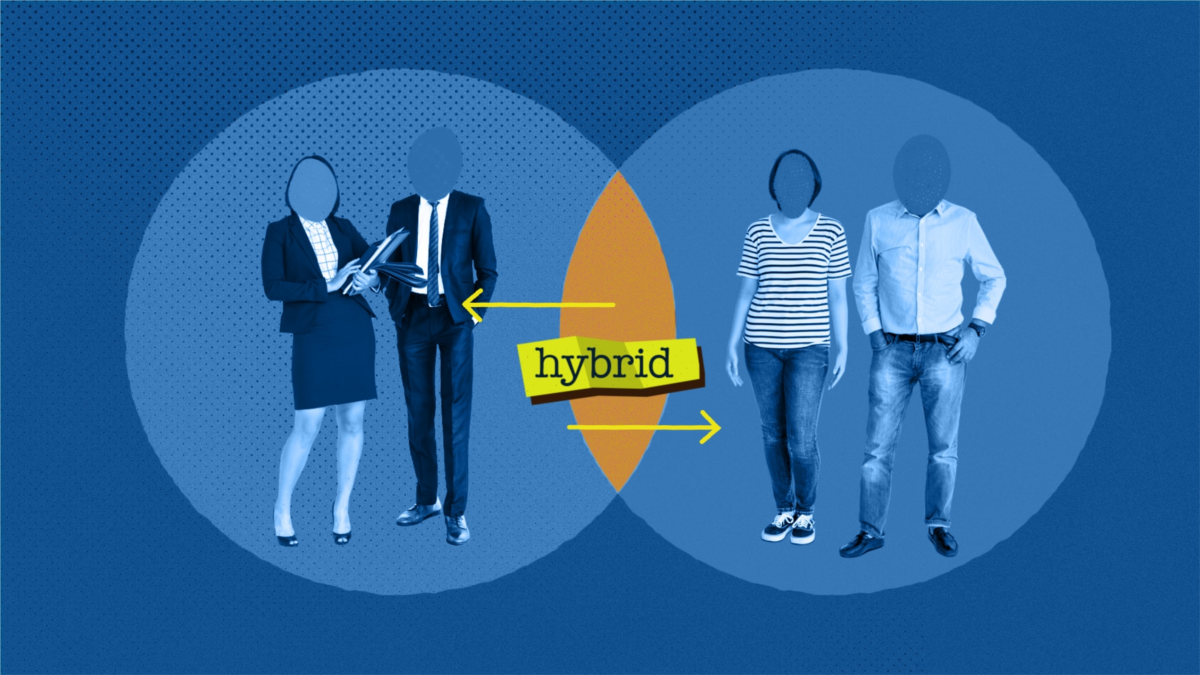 As coronavirus cases in the United States continue to decline, many businesses have told their employees it is time to return to the office.

Some people are already busy with everyday life, while others divide their time between home and office as part of a hybrid plan.

Prior to the pandemic, office routines were common to millions of Americans. Now, about two years later, this is considered the new norm if these employees worked full time outside their place of residence.

Charlotte Principate, an analyst at the financial services organization, said a recent poll found that 73% of remote employees feel comfortable returning to the office. The remaining 27% wanted to stay at home, where they said they work more efficiently.

“Returning to the office happens differently depending on each person’s situation,” and introverts may find it harder to get used to it than extroverts, said Debra Kaplan, a therapist from Tucson, Arizona.

She told the Voice of America, many people will experience stress adjusting to the office environment after working from home.

Mark Gerald, a psychoanalyst from New York, compares this to a child who is going to school for the first time.

He said there is almost childish anxiety associated with change and the fear of going out into the world.

Fears include coronavirus infection as well as being away from family during the work day.

This is true for Imani Harris, a federal government official in Washington who has two young children.

“I wear a mask at work because I don’t feel safe in the office,” she said. “I would prefer to be at home because I achieve more and can spend time with children – plus it’s harder financially because I have to spend money on childcare.”

Another drawback is exhaustion.

“Getting back to the office can be very stressful at first because you haven’t seen the people you work with in a long time,” said Karestan Cohen, a professor of psychiatric epidemiology at Harvard University’s School of Public Health.

“Psychologically and emotionally, the transition is not comfortable, but over time it should become more comfortable,” she added.

However, many workers prefer a hybrid approach in which they work more at home than in the office.

“We tend to see that young people are more likely to want a hybrid environment where they feel they are more productive and have more flexibility and control,” Principata said.

They also don’t think their work needs to be done in the office, and want to work the way they do best, Kaplan said.

For Ethan Carson, 20, who works for a technology firm in Falls Church, Virginia, going to the office is “more unpleasant” than working from home. “I don’t have to be in my building to do my job,” he said, “and getting to work is hard because of the horrible traffic.”

Other employees, however, think it is easier for them to do their work with peers than at home, where there may be more distractions.

For some, the office once again feels part of the community.

“There is a hunger for human communication and sometimes human touch,” Gerald said.

“People have realized that communication is good for their mental health,” Kaplan said. “They often feel positive when they see their colleagues,” she explained, talking to them face to face, not just through Zoom.

Angela Morgensen, a communications consultant from Bethesda, Maryland, returned to the office with relief.

“I enjoy talking to the people I work with and I feel part of the company again,” she said. “I used to hate meetings, but I think the exchange of ideas is stimulating.”

Gerald notes that the pandemic has made people think more about better work-life balance, including how many hours they want to spend in the office.

“They’re not coming back to the same people who were before the pandemic. Some are wondering, ‘Is this job fun and the workplace is a good environment for me?’

And that translates into the fact that hybrid work is becoming the norm, he said.