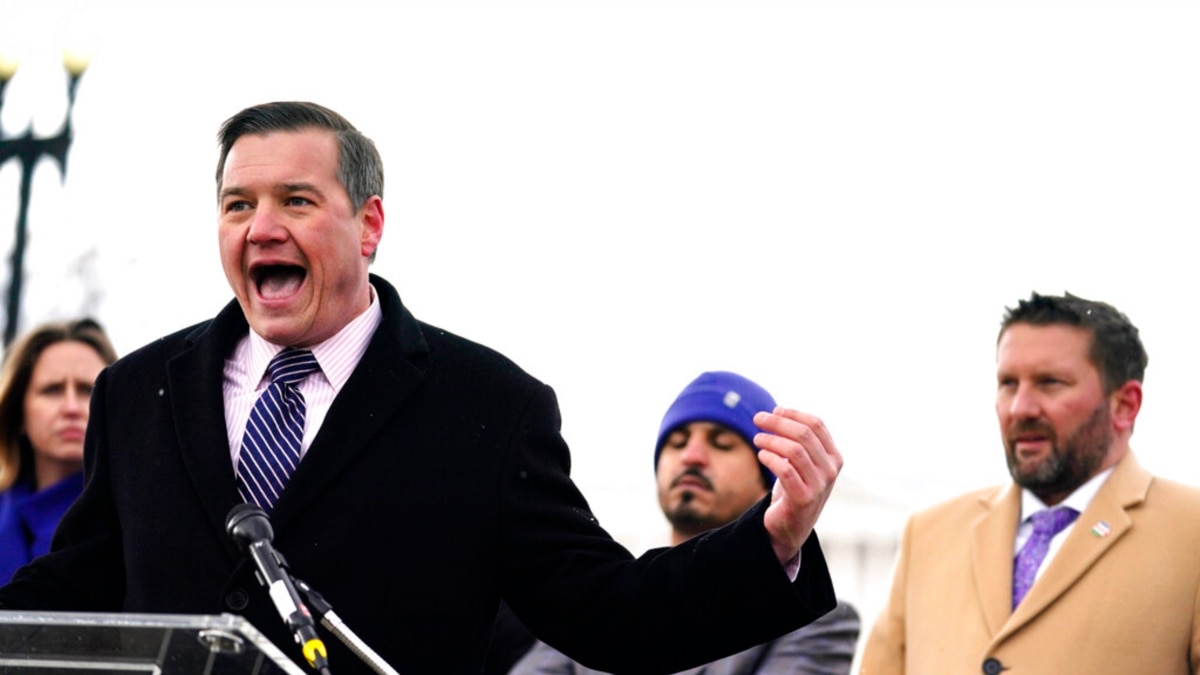 During the riots during an evacuation from Kabul last year, Sultan Ahmad was separated from his wife and elderly mother.

“It was so chaotic and women could not get to the airport,” Ahmad said, recalling the events of August, when thousands of terrified Afghans rushed to Kabul airport to board American warplanes.

Over the past few months, while receiving help at a settlement in Virginia, Ahmad has asked almost everyone for help to reunite his family with him.

“I fear for their safety and well-being in Afghanistan,” the young Afghan told Voice of America, referring to his wife and mother.

Their immediate reunification seems unlikely, if not impossible, in part because of Ahmad’s temporary status in the United States and because evacuation and resettlement programs for Afghans still remaining in Afghanistan have stalled, according to refugee support organizations.

Last year, the U.S. government brought tens of thousands of Afghans to the U.S., most of whom lacked travel documents, and offered them humanitarian parole.

On Friday, the US Department of Homeland Security began the process of registering evacuated Afghans in temporary protected status.

About 72,500 Afghan evacuees may be eligible for TPS registration, the statement added.

The DHS announcement came days after the US House of Representatives rejected a provision in a bill to support Ukraine that sought a legal way to make Afghan evacuees permanent residents. On Thursday, the Senate passed a bill without Afghan regulations.

Congress often amends or rejects part or all of a proposed bill.

However, the decision of lawmakers to remove the provisions of the Afghan settlement from the bill in support of Ukraine, however, may also be a sign of undermining the bipartisan support for Afghan evacuees, some advocates say.

“Unfortunately, it seems that the same rhetoric we hear about immigrants, any kind of immigrant, is what we hear about Afghans here, despite the fact that they have stood with us for years and years.” Said Sean VanDiver, a Navy veteran and founder of the Voice of America, AfghanEvac, an umbrella organization that supports evacuees from Afghanistan.

This provision could be repealed because it could be perceived as unrelated to a bill to support Ukraine, which specifically required funding to resist Ukraine’s Russian invasion, said Robert Lowe, director of regulatory policy at the Center for Immigration Studies.

Last week, when asked what alternative routes would be explored for the final resettlement of Afghan evacuees, Jen Psaki, a former White House spokeswoman, said: and other priorities that were not included in the package. “

But with the White House focused on the war in Ukraine and lawmakers expecting by-elections in the next few months, experts say neither side will be interested in passing a new immigration law for Afghans.

“I think the likely outcome for the next couple of years will be continued parole,” Lowe told Voice of America.

Since many of the Afghan evacuees do not fall under established immigration programs, such as a special immigration visa, Congress will need to approve a new legal route for their permanent residence.

“Our immigration laws, as they are now structured, do not accept this type of population,” Lo said, adding that only those Afghans who arrived in the United States through SIV or refugee programs, “as defined by law,” have a path to permanent settlement. .

U.S. officials say Afghan nationals who are eligible for the SIV program or whose lives are in danger in Afghanistan because of their US affiliation before the Taliban seized power will be helped to migrate to the United States.

“We have worked intensively on the evacuation and resettlement of Afghans who have worked with us and are at particular risk of repression. We got a lot, but many are still there. We will continue to work to help them. Our commitments to them have no deadline, ”US Secretary of State Anthony Blinken said on August 30, announcing the end of evacuation flights from Kabul.

It is unclear how many Afghans will be assisted in migrating to the United States under the SIV and Priority-2 programs in the future, but Afghans reportedly filed more than 45,000 applications for parole in the United States.

“The SIV and P2 programs have been suspended, and we are also concerned about those Afghans who have no history of working with the US government and may not be eligible for SIV or P2, including more than 45,000 Afghans who have pursued humanitarian parole.” Laila Ayub, immigration lawyer and coordinator of the Afghan Advocacy Network, told Voice of America.

Like other Afghans wishing to emigrate to the United States, Sultan Ahmad’s wife and mother will have to travel to a third country and apply. Their wait will be long because tens of thousands of applicants are already queuing in neighboring Pakistan, and it is unclear whether they will ever be issued visas.

Pete Rose will take the field in Philadelphia next month

Poll: 8 out of 10 cite economy and inflation as top concerns