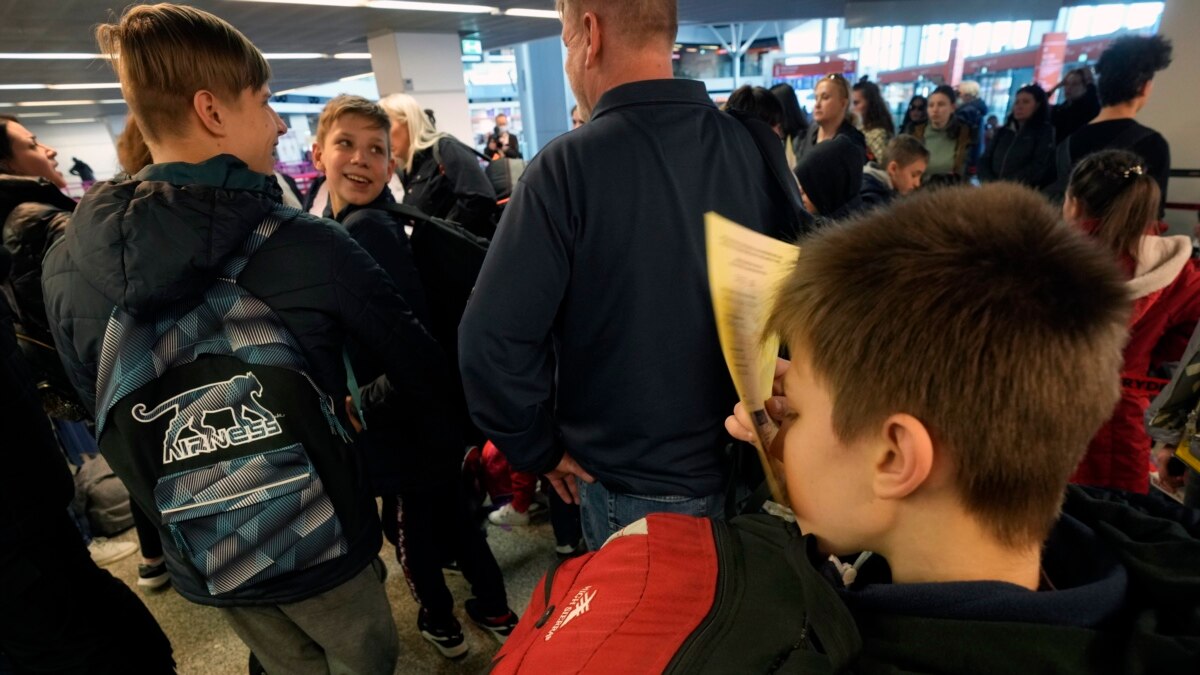 The devastating consequences of Russia’s invasion of Ukraine were devastating for families of all kinds, including those whose potential adoption was delayed.

When the war broke out, there were more than 300 Ukrainian children who had previously adopted American families seeking to officially adopt them, said Ryan Hanlan, chief executive and president of the National Adoption Council. Representatives of adoption agencies said that means at least 200 families have been at some point in the adoption process, which ideally takes two to three years.

But, as the National Adoption Council has made clear, “this is not the right time or context to consider adoption by U.S. citizens.”

This is because adoption can only happen to children who are clearly orphaned or deprived of parental rights, the group said, and establishing identity and marital status for many Ukrainian children is now impossible.

Jessica Pflum, a home-based mother who runs a smoothie business and has two daughters in suburban Kansas City, is a potential foster parent. She hopes to adopt Max, a younger teenager – Pflum was reluctant to reveal his exact age due to security concerns – which they have been taking for four weeks in December and January. Now Max has returned to Ukraine, where the director of his orphanage has transported him to a relatively safe place in the west.

War, natural disasters and other destabilizing events have a long history of changing interstate adoption. And Ukraine is a big piece of the international adoption puzzle, Hanlan said.

According to US State Department statistics, there were more than 200 adoptions from Ukraine in 2020 and almost 300 in 2019. Russia, meanwhile, banned the adoption of children by American families in 2013 (over the past two decades, Americans have adopted about 60,000 children from Russia).

“It’s a completely different experience when you’ve already contacted a certain child,” Hanlan said. “These families have a very deep connection to their children, to the fact that they are in their homes.”

Pflum said she and her family have a language barrier with Max. He speaks only Russian, which they do not know. She said they chat with him over the phone, typing everything into Google Translate. A friend from Belarus sometimes translates, she said.

Pflum said the family truly connected with Max through experiences beyond language. When he was in Kansas, he felt his first Christmas presents at the opening, she said. They also connected because of the sport, and Max became acquainted with baseball, Pflum said.

“He deserves to have a family and be able to face him,” she said. “I feel like these kids are lost in the shuffle.”

In rural Maine, Tracy Blake-Bell and her family hosted two brothers, now 14 and 17, for a month in 2020 through a program in Wyoming called Host Orphans Worldwide. The family then embarked on a formal adoption process – an already complex process that was first caused by the coronavirus pandemic and now by the war.

The brothers, who grew up in orphanages, are now relatively safe in a Polish institution, Blake-White said. But Blake-Bella, who has two teenage sons and a dog named Jack, wants them home.

“My husband and I love these two children as much as we love anyone in the world,” said Tracy Blake-Bell.

For most families, the wait is not over soon.

The State Department is “working with the Ukrainian government to resolve cases involving families who have a final adoption order but must obtain other necessary documents to obtain a child’s immigration visa,” said spokeswoman Vanessa Smith.

However, the Ukrainian government in a March statement said that “in the current environment, interstate adoption is impossible.”

The Blake-Bell family is among about 15 families awaiting the final stage of the process – the permission of the Ukrainian court. And they said they would stick to it as long as it took.

“These boys are right,” said Net, husband of Tracy Blake-Bell. “Let them feel something more than an orphanage.”

Justice Department to inquire about antitrust in PGA-LIV dispute