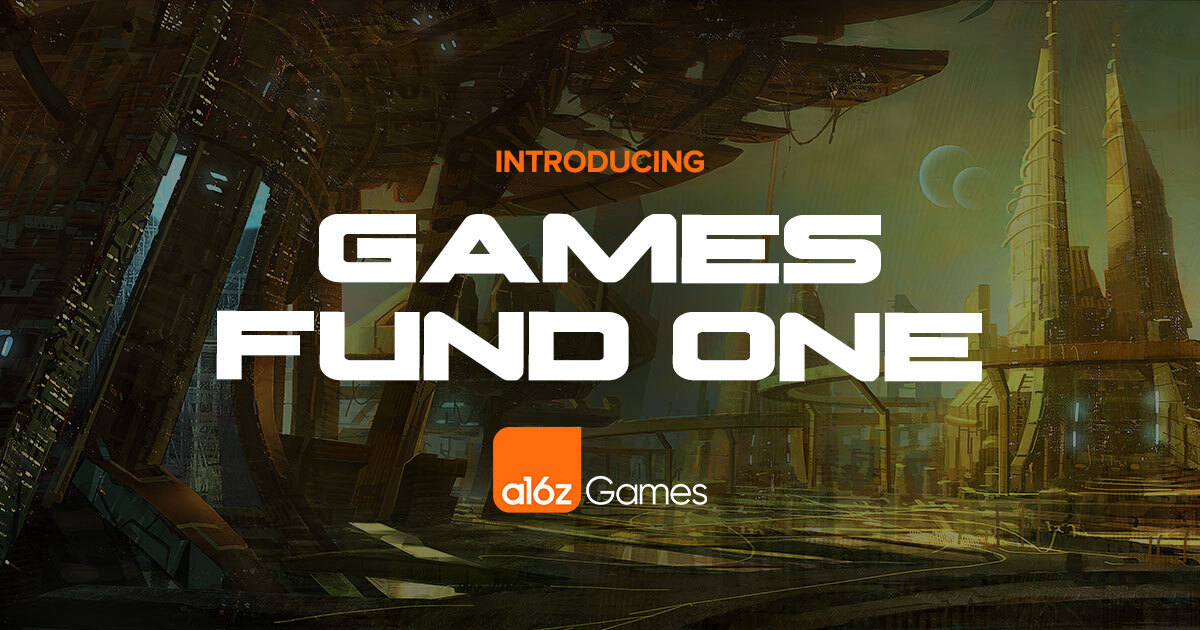 In recent decades, gaming has revolutionized the technological boom. Today it has one of the most lucrative entertainment industries in the world and has a bright future. Thus, it is not surprising that the gaming business attracted the attention of the famous venture company Andreessen Horowitz, which launched its first fund focused solely on investing in gaming companies.

Games Fund One is known to be based on the idea that games will play a key role in determining how we will communicate, play and work in the next century. The new $ 600 million vertical fund, which a16z has been working on for almost a decade, will be managed by Andrew Chen, John Lai and James Gwertzman, general partners of a16z.

This is not the first meeting of the a16z with the gaming business – it is known that it supports companies such as Zynga, Oculus, Epic Games, Sky Mavis and Roblox. Thanks to the initial fund for investment in the gaming industry, a16z plans to invest in gaming studios, gaming consumers and infrastructure.

Rather, these investments come at a time when “games as a service” have evolved into rich interactive social networks where players form meaningful connections and friendships in the game. This leads to the growth and prosperity of gaming communities, and a16z believes that some of the most innovative consumer companies will be built in much the same way.

With the evolution of games into virtual worlds and online services (which is accelerating the metaworld), there is a need for a strong and adequate infrastructure to create and maintain these games (what the new fund will focus on). a16z also believes that the future metaverse will be created by gaming companies using gaming technology.

If that’s not enough, the venture capital firm will continue to add more features and develop deeper networks adapted to the gaming ecosystem. This will be done so that it can help its portfolio companies with all functions ranging from building digital communities to managing their virtual economy, best IP licensing practices and assisting in building their development teams.

Virgin Galactic has a contract with a subsidiary of Boeing to supply the mother...

Jill Biden has a new mission in her second year as First Lady |...